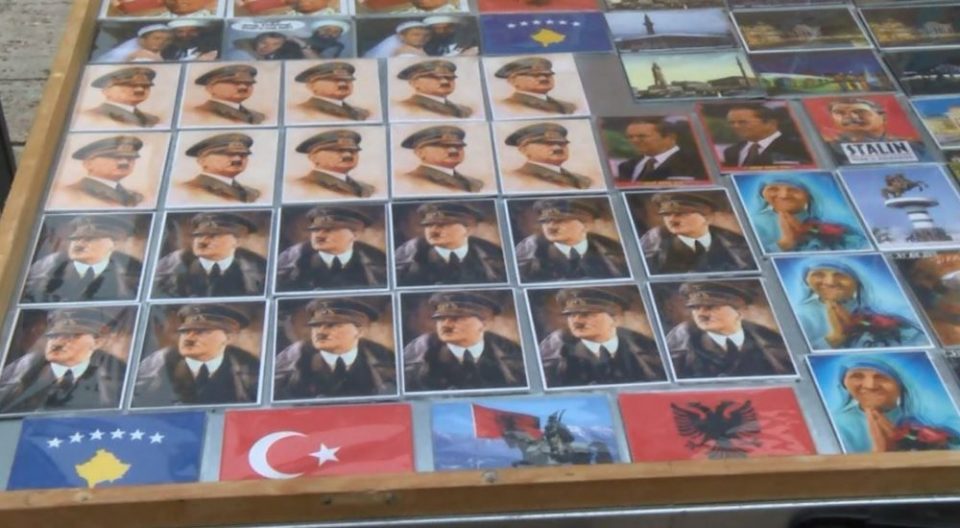 Magnets with the image of Hitler are widely sold on stalls in the Old Skopje Bazaar, in the immediate vicinity of the Museum of the Holocaust. Among the exhibited souvenirs, buyers have a chance to choose magnets with the characters of Mother Teresa, Alexander of Macedon, Tito and Stalin. However, vendors say that the magnates are most wanted with Hitler's image.

Sellers who sell these shocking souvenirs are almost unaware of the consequences they are causing. The frame in which all the magnets are located worries and reveals to what extent humanity has a short memory and a lack of knowledge of historical facts, the passers-by respond.

In Europe, there is a tendency to awaken neo-Nazism especially during the migration crisis, but in our situation, we are dealing with ignorance, imitation of devastating movements in the world and gaps in the educational system, especially among the young generations.

On several occasions, the Holocaust Memorial Museum has reacted to vendors that globally destroys a world-wide destructive ideology that has killed more than 50 million people. Since the attempts were in vain and the sale of magnets with the image of Hitler continues, the Jewish community in Macedonia submitted an initiative to the Ministry of Justice last year.

We have 184 visitors watching ROMATIMES.NEWS