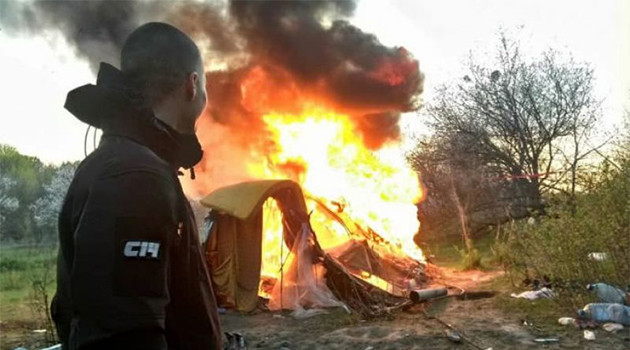 Amnesty International, a human rights organization, said in a press release issued on 24 April 2019 that the Ukrainian authorities must provide justice for the victims of the assault on a Romani encampment in Kyiv's Lysa Hora Park that was perpetrated on 21 April 2018 by members of an ultra-right group promoting discrimination and hatred.

"We heard strong declarations of condemnation from the highest officials, who pledged to deliver justice for the victims... but where are we one year later?" asked Oksana Pokalchukova, the director of Amnesty International in Ukraine.

"What the Ukrainian authorities have undertaken during the last 12 months is far from an effective investigation. They have done little to aid the victims of this shameless hate crime," the press release states.

After the attack its perpetrators openly communicated about their actions and bragged about them online, and one who is a member of a group that defends discrimination and hatred publicly took credit for the assault on his personal Facebook profile.

He was arrested in July 2018, but in November he was released after a court decided that police had committed procedural violations.

We have 143 visitors watching ROMATIMES.NEWS