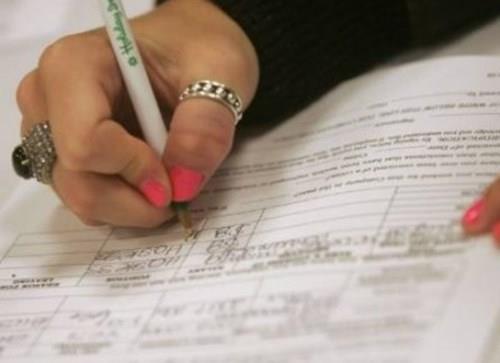 Up to 27 months, the company will have to find the software, ie the application for the trial census and the census of the population, households and apartments in Macedonia. The State Statistical Office announced the announcement two days ago, which officially begins the preparations for the April census probation census and the official census of the population in April next year.

"Solutions for the application are now being sought, since the census will be carried out with notebooks. A trial census will be held in 16 towns and 16 villages, and for the part with the expulsion of the column on ethnicity, we leave the final word to the Parliament. We said our opinion, "said the director of the Statistical Office, Apostol Simovski.

In the tender documentation, some of the issues that need to be contained in the application can be seen. For example, the person's data module, that is, the questions to be answered by the people to be enrolled, contain the mother tongue, citizenship, they will be asked and how much time they are present at the address, whether the person returns to the household more than twice in one month, economic status, means of transport used to reach the workplace / educational institution, main sources of living, etc. The ethnicity category is not contained in the tender documentation for the software
The State Statistical Office said from the State Statistical Office that it was possible at the census to have no question about ethnic and religious affiliation because, as they claim, these data do not have usable value and are susceptible to political abuse.

"There was not a census that was not the target of politicization, but the politics of politics is largely politicized. Therefore, we are ready to give up some aspect, but we will not allow politicization. Let me remind you, this is a statistical operation. According to our Constitution, the rights of a certain group of citizens derive from the language they speak, not from ethnicity, "Simovski said several months ago.

The final word for this should be stated by the Parliament in accordance with the new Census Act, although there are fierce reactions to the erasing of the ethnicity column, given that the state will not have an insight into the percentage of ethnic communities living in Macedonia.

The entire operation with the census should cost 8 and half million euros, which is far less than 14 million for the failed census in 2011. The failed list was also updated by the SLI, which, on the basis of images of the bombs, opened an investigation of Nikola Gruevski and Ali Ahmeti on suspicion that they had annoyed their official position and damaged the budget by 2.8m euros.

The last census in the country was held in 2002 and Macedonia is one of the few countries in the world where the population has not been counted for more than 17 years.

We have 207 visitors watching ROMATIMES.NEWS