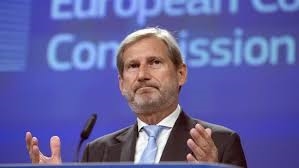 Enlargement Commissioner Johannes Hahn says responsibility for the decision not to assign a date for negotiations to Northern Macedonia and Albania lies not with the two countries but with the European Union.

"And just to be clear: the responsibility for this failure is not on Northern Macedonia and Albania that hoped for the right to a positive decision.

They delivered! The EU is responsible for failing to deliver due to internal problems.

This is damaging to the Union's credibility not only in the Western Balkans region, but beyond, "Hahn wrote on Twitter.

We have 148 visitors watching ROMATIMES.NEWS