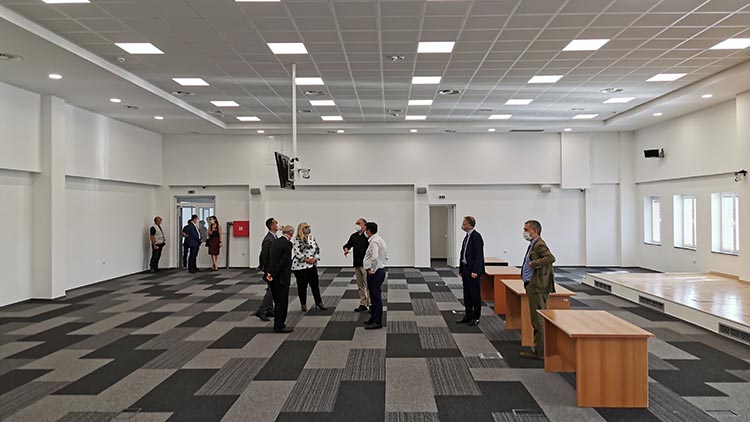 With the support of the European Union within the IPA action program "Support to the Justice Sector", the largest courtroom in the country was built within the "Idrizovo" Prison. This whole part of the prison covers an area of ​​1000 m2 and has a capacity for a total of about 120 people.

Having in mind the seriousness of the serious crimes and security reasons, this courtroom with a capacity of about 120 people, will allow the trials of the detained persons for these cases to take place in the penitentiary "Idrizovo".

The purpose of building this complex with a courtroom in the Idrizovo prison is to try detainees as well as convicts for serious crimes against which other criminal proceedings are being conducted, and whose transport to the courts is a security risk.