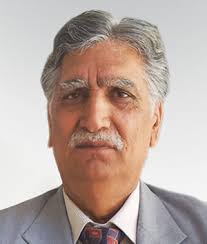 On February 10, 2019 at the age of 71, the famous poet, writer and public figure of India Dev Bhardwaj died. With this, the Roma nation lost a top intellectual, activist and Roma fighter.

He completed his primary education at his home village of Marar while attending higher education in Chandigarh, where he moved to 1966. He has written several books with short stories, plays and books for children, as well as translations of some of the world famous classics in Punjabi.

Otherwise, Dev Bhardway was a member of the writers of the world nations in Kazakhstan and the regional chief representative of the Writers' Union of the World Nation (Kazakhstan) for the states of Punjab and Haryana in India.

At the same time, he was an honorary member of the Sakhti Academy in Chandigarh, as well as the State Prize for Full Contribution to Literature in 2012

We have 79 visitors watching ROMATIMES.NEWS