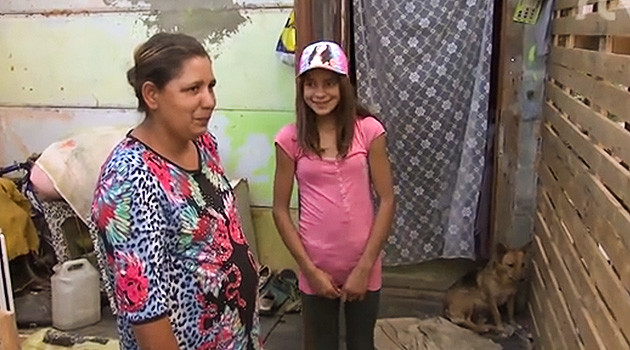 One year ago, photographs of Annamária, a Romani girl standing on the first place podium of an athletics competition in ballerina flats, went viral on Czech and Slovak social media. Despite her family being very badly off financially and living in a cabin in the Romani settlement of Moldava nad Bodvou, she beat more than 400 other children to win the 750 meter race.

Her talent was noticed by the local athletics club, which has taken her under their wing and is financially supporting her. Today, after one year of training, she is the best runner in her category in eastern Slovakia.

Slovak public broadcaster RTVS has been following up on her story. Annamária trains four times a week and excels all other members at her club.

"She's a medium distance runner. At this moment she is the best runner in eastern Slovakia in the category of older schoolgirls," Norobert Pecze, chair of the Legionnaires' Athletics Club, told RTVS television.

We have 67 visitors watching ROMATIMES.NEWS