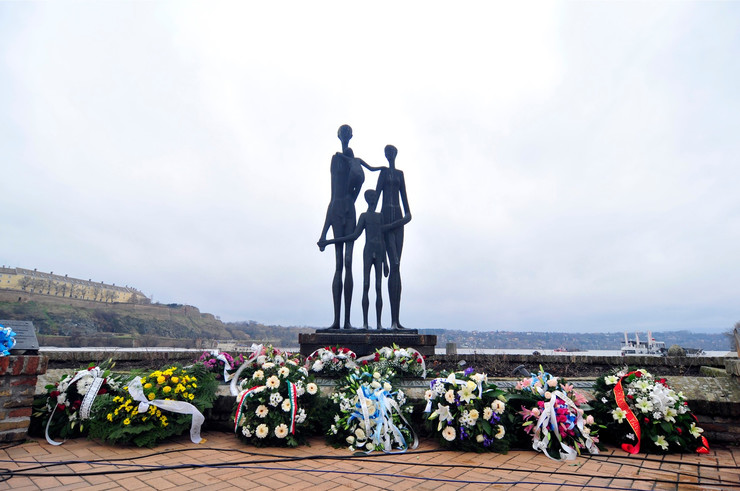 Novi Sad celebrated 77 years of raids as the cruelest crime in the history of Vojvodina, when Hungarian fascists liquidated 4,500 civilians.

On that occasion, wreaths and flowers were placed on the quay of victims of raids by senior state officials among which the Association "Roma Matica"

The raids lasted from 4 to 29 January 1942, and civilians and innocent Roma, Serbs, Jews were imprisoned tortured and executed in the places of Churuga, Lordjinzi, Shikash, Jurzhevo, Moshorin, Titel, Loka, Temerin, Novi Sad and other places.

In the fascist madness, Hungarian soldiers Miklo a Horti fiercely liquidated between 21 and 23 January 1942 and threw bodies of over 1,300 Serbs, Roma and Jews under the frozen Dunav , Total families - children, women and elders - were killed, because they belonged to another people and religion.

We have 77 visitors watching ROMATIMES.NEWS