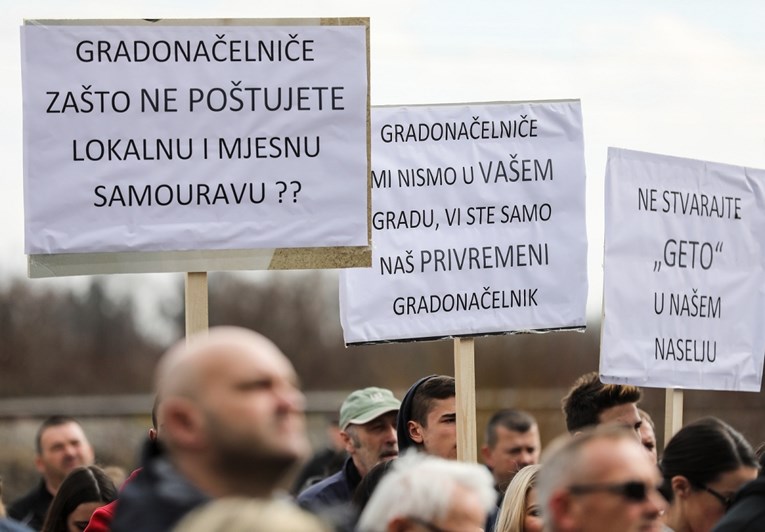 Residents of the Petrusevac's Zagreb neighborhood took to the streets in protest. They expressed their dissatisfaction over the move of 30 Roma families from the settlements Novi Yelkovac, and Plinar settlement in the buildings of their neighborhood where the city of Zagreb bought them for the Roma.

Protestants carried banners where "Take them for yourself", "Come on, not only in Petrusevac", "Do not create a ghetto in our settlement" and "Mayor, we are not in your city, you are only temporary mayor".

Otherwise, the Roma families from Novi Jelkovac and the Plinic settlement will soon be moving into the new building in the Petrusevac neighborhood, Croatian media are reported.

We have 82 visitors watching ROMATIMES.NEWS