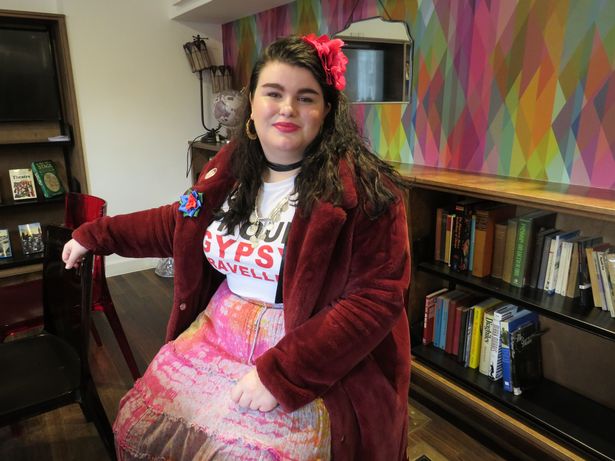 “I’ve been spat on in Chester, I’ve been shouted at, I’ve been chased by men calling me a dirty pikey,” says University of Chester student Lois who is proud to call herself a Gypsy.

Lois, who only wishes to be identified by her first name for that reason, is a British Romani woman which refers to a traditionally itinerant ethnic group which originated in India 1,000 years ago.

The 21-year-old bravely approached CheshireLive to give voice to the Gypsy and Traveller viewpoint because it is so rarely heard.

Lois, who was wearing a t-shirt emblazoned with the slogan ‘Proud Gypsy Traveller’, explained: “The reason I wanted to reach out is because a lot of the time, especially when I’m wearing this t-shirt, I’m very visible and I end up educating people in a variety of spaces.

“So I’ve been on the train and there’s been people who have been very curious and have held a lot of prejudices about the Traveller and Romani community.

“And just within having that conversation they have ended up, when I get off, saying ‘Thank you for talking to me’.

We have 55 visitors watching ROMATIMES.NEWS