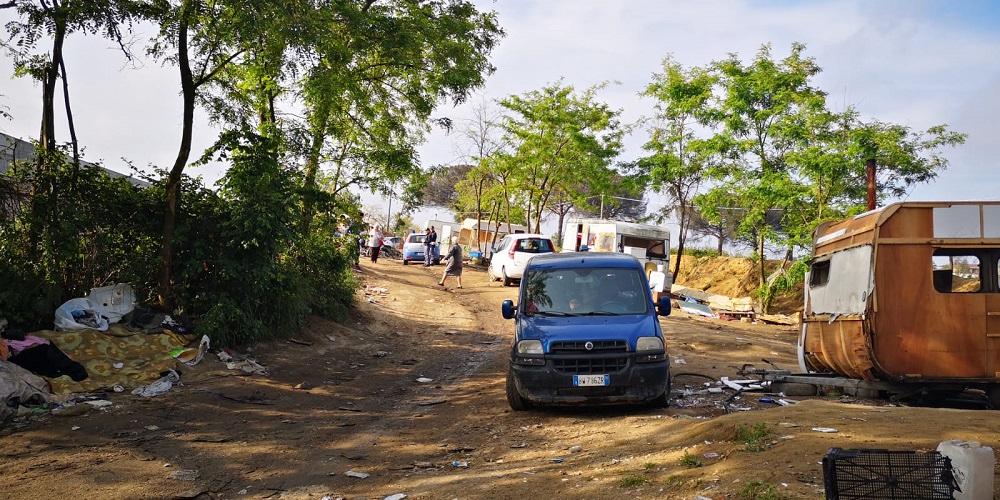 These days, as special information to the Web Portal, the Roma Times of the well-known Roma Roma Rights activist and Elizabeth Vivaldi arrived on information about events in Italy, in particular near the city of Napoli, where the Italian media seemed to want to be blinded.

In his information, Vivaldi personally told our journalist (from Ramush Muarem) that he felt the need to share this event and to get to know the public.

In fact, she remarks that the Italian Roma Committee deeply condemns the May 10 event when a camp in the Giugliano( Napoli)

Napoli, where there are over 800 people, including over 300 children who make up the most of the ex Yugoslavian people in the early morning hours with police reinforcements, began clearing and demolishing this camp without any warning or alternative accommodation.

According to her, this camp has been functioning for over 30 years. Throughout this period, they were spontaneously released on their own, despite the previous promises from the municipality of Giugliano that this space will be uničnicki solved.

Despite the 900,000 euro promised assistance, the municipality never took concrete steps, but on the contrary, it always made the camp's presidency, raids and harassment. The same thing happened again on the morning of 10 May, when more than 50 police officers arrived in the action to clear this area.

Now the Roma Committee reacts on the basis that the conditions and the actions were not human, without offering any alternative for their accommodation.

What will happen to these people for now does not have any explanation or solution.
Despite the Committee's request for a meeting with Mayor Giugliano there are no indications of holding that meeting.

Therefore, the following question is raised: "Is the time for the persecution of Roma woke up in Italy?

We have 86 visitors watching ROMATIMES.NEWS