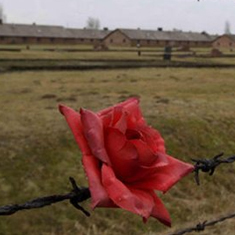 Greece
In Greece, the genocide of Roma is studied in secondary education.
In Greece there is no official information about Greek Roma deported to concentration camps.

Austria
In Austria there is no concrete information on the level of students studying the genocide of Roma and Sinti. In Austria, May 5, the day of liberation of Mauthausen, is celebrated as a national day against violence and racism in the memory of the victims of national socialism. The celebration includes Roma victims.

Czech Republic
The Ministry of Youth, Sport and Education includes a curriculum according to which inevitably the study of the genocide of Roma and Sinti, as well as the full events of the twentieth century, the Holocaust, the Czechoslovak anti-fascist resistance and the Second World War.

France
Teaching about the genocide of Roma and Sinti is carried out at all levels of education, although no additional information on educational practices has been provided. In France there is no special day to commemorate the government-sponsored genocide of Roma and Sinti. However, on the 70th anniversary of the Vel d'Hive event to commemorate victims in Paris, the President also included Roma victims of genocide in the speech.

Germany
The republics of Germany have considerable autonomy in determining the accuracy of curriculum content, National Socialism and the Holocaust are programs that are mandatory throughout the country. On October 24, 2012, a memorial in honor of the victims of the genocide of Roma and Sinti was installed. The ceremony was attended by the President, the German Chancellor, and the President of the German Bundesrat.

Italy
In Italy, the study of the genocide of Roma and Sinti is contained in the curriculum of higher education. Genocide-related initiatives are taking place as part of the January 27 action in the context of the Holocaust Remembrance Day.

Poland
In Poland as the day of commemoration of the genocide of Roma and Sinti is on August 2nd, and is being held in Auschwitz. The ceremony includes speeches from international leaders, laying wreaths and prayers. The event was visited by the state leadership, as well as Roma associations. The event gets significant media influence.

Netherlands
The Netherlands has not adopted a national curriculum, the educational process is organized through the goals and competences expected from the students. In the United Kingdom, there is currently no commemorative event for the genocide of Roma and Sinti.

We have 94 visitors watching ROMATIMES.NEWS