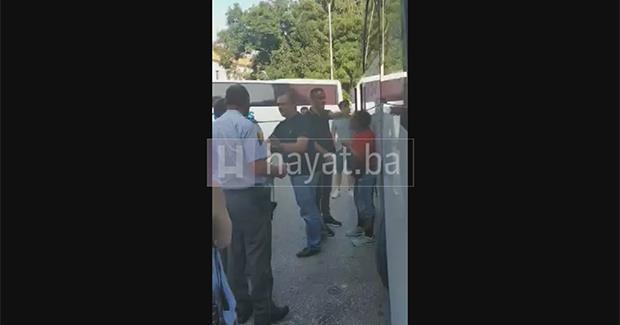 At a bus stop in Gasko a young boy was apparently hit by a young Roma man while cursing his Muslim faith and mother.

The boy who assaulted the Roma was in an alcoholic state during a break when the bus was traveling in the Gacko-Brane route. He accused the Roma of losing his father because of people like him.

As you can see from the footage of the incident there was a police officer who did not react.

The case was reported to a police station.