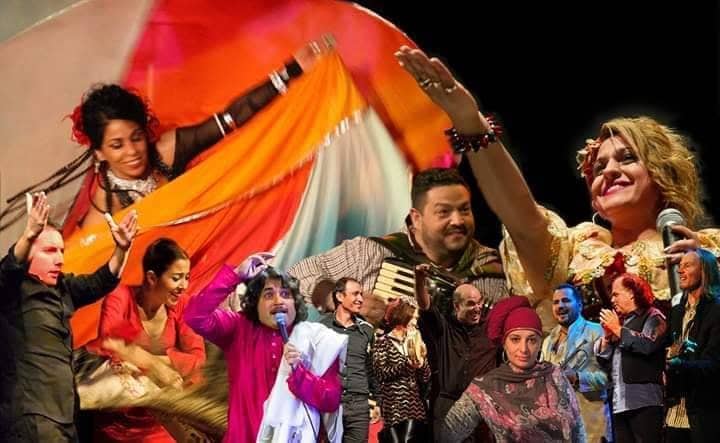 Simeon Atanasov, one of the children who is celebrated by the legendary Esma Redzepova, and who until the end of her life was a manager, together with "Esmaz band" performed at the festival in Zurich, Switzerland. She says that she knows which way, once again it has been proved that the Queen of the Roma Song, Esma, is much more valued and respected outside our country. In her honor, the festival of Roma songs that they performed in the future will bear her name.

- On the 13th - from the Gipsy Festival held in Zurich, "Esmos band" also performed. The tradition continues. At the manifestation where Esma was a frequent guest, we are now continuing with participation, her music successors. Our friend Christian Fotz invited us to play with several songs and so we can remind all the fans of the music of our Mother Esma. The crowd was thrilled, welcomed and sent with ovations. It is obvious that Esma's poems have left a trace that can not be erased; she lives in the hearts of her admirers around the world - Simeon tells us about "Focus".

He adds that the band is preparing to tour Europe. Vocalist in "Esmaz band" is the young Eleonora Mustafova, the only girl who has grown up Esma.

- This cooperation does not end there, it is planned to organize a full tour of this festival throughout Europe. Music groups from Spain, India, Bulgaria, Switzerland are performing, and what is very important is that the festival will be renamed "Esma Fest". This is yet another proof that foreigners respect our mother much more - said Atanasov.

Esma Redzepova died in December 2016 after a short illness. During her lifetime, she raised 47 children and transferred them to the music craft. She was a great humanitarian and even twice nominated for the Nobel Peace Prize. Once in 1987, as a candidate of the Red Cross of Yugoslavia, and later as a trumpeter of the World Roma Organization, with the support of 76 NGOs and lions clubs in the country.