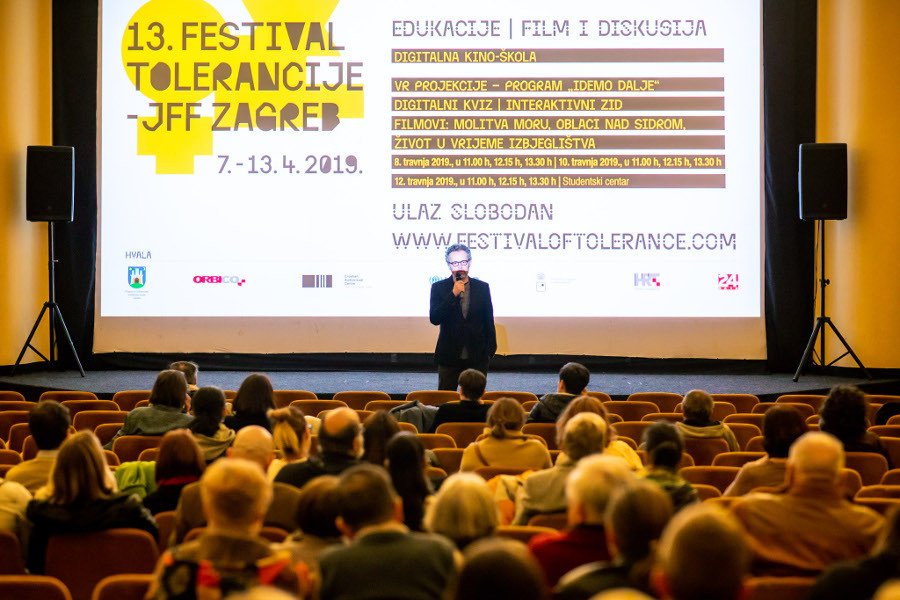 The screening of the film Erased, a Slovenian, Croatian and Serbian co-production, concluded the 13th Festival of Tolerance. The audience gave a particularly warm welcome to the film’s leading actress Judita Franković Brdar and the rest of the cast and crew, who introduced themselves to the audience after the screening.

This award-winning film discusses the issue of “erased” citizens in Slovenia during the 1990s, when citizens of non-Slovenian origin were stripped of their civil rights. The main character is a woman fighting for her rights, a recurring theme in many other films screened as part of this year’s program dedicated to respecting diversity, equality and justice.

Over seven days, the Festival showed 78 feature, documentary and children’s films, which for the most part cannot be seen in regular cinema distribution. The discussions organized as part of the Tolerance Talk program were also well received, having gathered big audiences to discussions on important social issues.

Attention was also garnered by two socially engaged exhibitions set up in public spaces of the City of Zagreb. In the remaining program, the Educational Mornings were received particularly well, having given elementary and secondary school students as well as Police Academy cadets the chance to learn about the Holocaust at a lecture given by Holocaust survivor Vesna Domani Hardy and a lecture dedicated to the Majdanek Museum.

We have 191 visitors watching ROMATIMES.NEWS