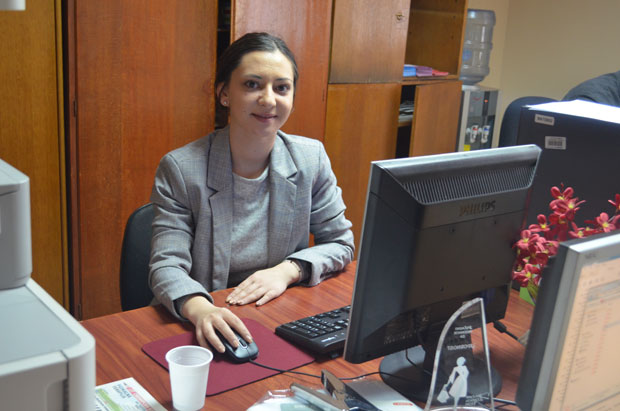 That life depends not only on the circumstances, but also on the strong desire to defy the destiny, the astute example is Alice Shajn (24) from Vrsac. She is one of the two Roma with a university degree in this city, despite the cruel childhood managed to get out of the magic circle where most of the Roma community is located and become a successful woman.

He found salvation in education. She grew up in a custodial family, where her eight-year-old parents lost her parents, and then her brother. For the sake of truth, there was always no complete support, but persistence paid off.

- Relatives where I lived first thought that I should complete only primary education. But I did not think so, and so I asked me to transfer me to a food family. From that family, I had the support and I ended up with an excellent success at the secondary Chemistry and Medical School, and then the High School for Romani and Serbian Language.

In the meantime, he was employed in the city administration as a coordinator for Roma issues. It also directs her mission and example to future generations of Roma. She is also at the Faculty of Business Studies, where she is still on the first year of studies due to her working and maternity duties. It plans to reactivate from September, and to enroll specialist studies.

She is also the winner of the "Woman's Symbol of Commitment" award, which was given by two local journalists there. He wants to write and has published songs in the book "Literary Paths"

We have 256 visitors watching ROMATIMES.NEWS