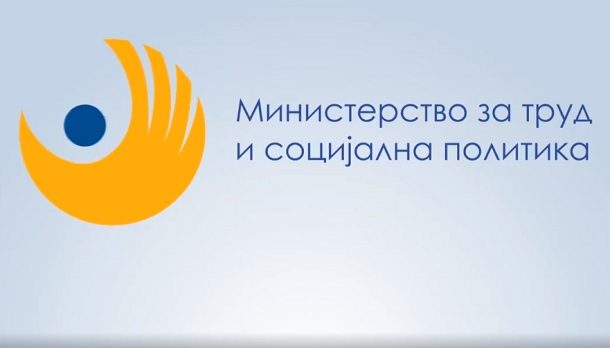 After the announcement by Prime Minister Zoran Zaev of this famous "Broom", a front for possible cleansing in some of the ministries in the Government of the RSM was immediately opened. The incumbent PCCA MP Samka Ibraimovski reacts among the first of the Roma political bloc as a wish that the "Ministry of Labor and Social Affairs" is "picturing".

That information immediately came out in public after the second round of the Presidential elections. According to Ibraimovsky, the capacities of PCER were "most punctual" to take over this portfolio and lead it from the ranks of PCER, or, to be sure, the actual MP Ibraimovski himself.

Did Ibraimovski "overestimate" at that moment and thought that SDSM "can not breathe" without PCER and that SDSM will immediately heed it and assign such a portfolio to the Samka. Does he think that he is the only one of the Roma political bloc who is most deserving to lead another portfolio beside the one now under his cap.
Where are the other coalition partners from the Roma bloc? Are they incompetent for such an undertaking and running a ministry in the given case -Social?

The second important point is that immediately after the announcement by Ibraimovski of requesting the Ministry of Social Affairs, we are asking if SDSM sent "an alarm" that it is not necessary at this moment to "tingle" their staff - Mila Carova and that they do not is Ibraimovski in charge of assessing which ministry is doing good or bad. Maybe he was warned by the government that the already assigned Ministry without a Resor under his cap fulfilled his given goals and tasks for which he is in charge. What are the results? Does he consider success only organizing events April 8, August 2 or November 5. Where are the results of the field of education, housing, health, culture, etc.? And is it just important to travel somewhere under the cover of the government, without any visible results. Did he think that perhaps the government wants to "shake" the assigned ministry without portfolio?

And immediately Ibraimovski on his FB account announced a status with "sobering"
It's already noticeable that Ibraimovski "drops the ball" and without euphoria, he exits in some way that he apologizes to Tsarovska and it is noticeable that he "swallows the words" himself, which were already thrown out!

Whether he was aware of himself, or someone else reminded him not to "jump" much, will show time.

It is necessary to know that "overestimation" is a very negative trend, and it is necessary at times to be a person, real, as well as aware of the current state of affairs!

The political leaders are begging to tie the security belts and without high flying because turbulence appears suddenly and can take you in an unwanted direction! Then the price is expensive!

We have 146 visitors watching ROMATIMES.NEWS