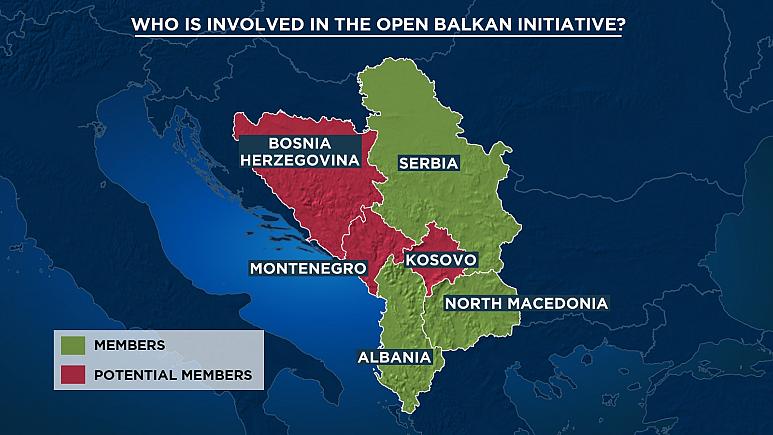 Witnessing the leaders of Serbia, Albania, and North Macedonia share a moment of collective jubilation is not something that happens every day, especially in a region known for its past rifts and differences.  Serbian President Aleksandar Vučić, Albanian Prime Minister Edi Rama, and Macedonian Prime Minister Zoran Zaev were all smiles as they took a stroll through the Macedonian capital of Skopje in late July after signing a trilateral economic agreement at a regional business forum.

Called the Open Balkan initiative, the idea of forming a common market for countries waiting for EU membership was previously known as Mini-Schengen Area.

The initiative is trade-heavy, and it promises free movement of goods and citizens and equal access to labour markets. Participating countries would save up to $3.2 billion (€2.71 bn) each year, according to World Bank estimates.

We have 616 visitors watching ROMATIMES.NEWS