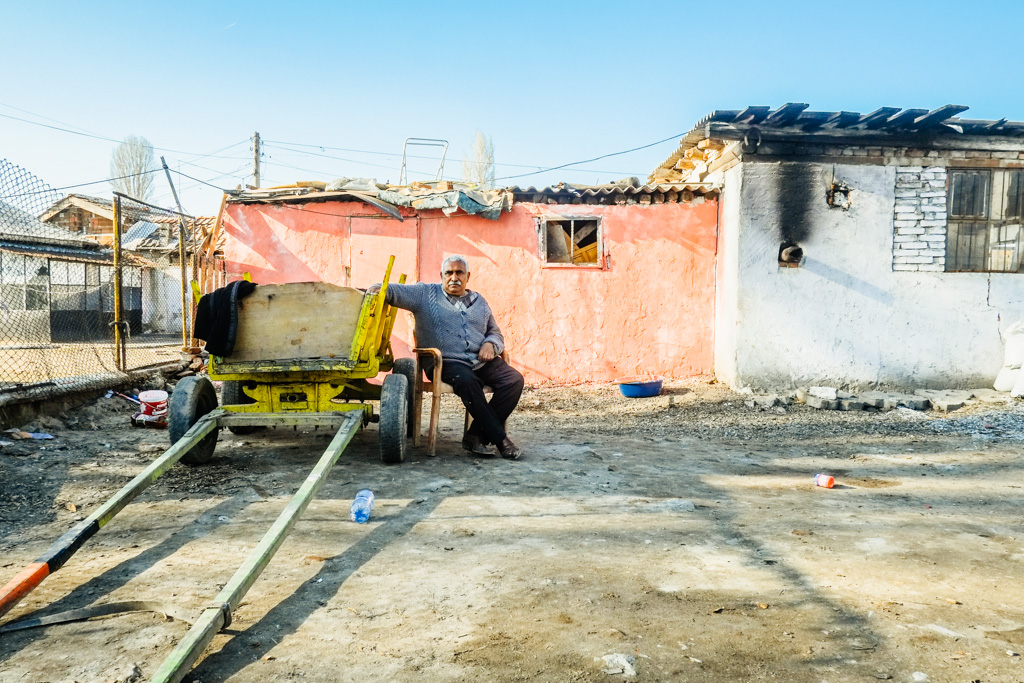 Stolipinovo, a ghetto neighbourhood near to the center of one of Europe’s oldest and most historical cities, can safely be described as third-world, poverty stricken, rampant with disease, heavily polluted, and somewhat shocking.

As many as fifty-thousand predominantly Roma people are densely packed into concrete communist-era apartment blocks, or within the surrounding tapestry of hobbled-together shacks and shanties. In both cases, many survive without running water.

Much of the district is covered in a putrid sea of trash. Broken sewerage and water pipes leave large pools of fetid water along the main boulevards. Not so long ago, a hepatitis epidemic ran through the area. Unemployment and crime, are off the charts. Many children don’t attend school.

Until now, they had only read and seen tales from Stolipinovo in the local media – dominated by reports of drugs, murder, crime, and poverty. Now, they would see for themselves just what the ghetto down the street was all about.

We have 211 visitors watching ROMATIMES.NEWS