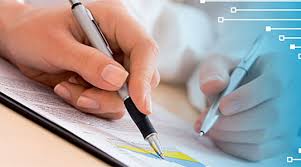 Prior to the postponement of the 2021 census, parliamentary parties could not reach an agreement for months on a law that would allow for statistical operations.

Deputy Prime Minister Bujar Osmani announced today that the population census will probably return to the political agenda after the elections.

Working groups had the last attempt to "fix" the Law on the Census a few months ago, when some of the remarks made by the opposition were harmonized.

The population census, scheduled for April, has been postponed due to early parliamentary elections. Announce that the census will be conducted in April 2021.

Prior to the postponement of the census, parliamentary parties could not reach an agreement for months on a law that would allow for statistical operations.

The last census in the country was conducted in 2002, after the military conflict. In 2011 there was an attempt to conduct a census, but the census was interrupted by a decision of the then government of VMRO-DPMNE and DUI. In this case, the SPO also opened a case involving DUI leader Ali Ahmeti and former Prime Minister and VMRO-DPMNE leader Nikola Gruevski.

We have 258 visitors watching ROMATIMES.NEWS