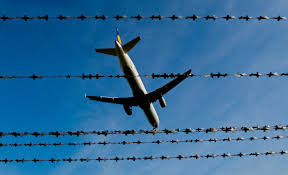 Six of the eight children from the Roma family M. were born in Niedersachsen and do not even know the home of their parents who fled Serbia to Germany in 1986 and 1990. However, Interior Minister Boris Pistorius wants to deport mother and father and children, with the exception of 19-year-old daughter, back in Serbia

Father M. is a full-time medical worker, his wife also works in a nursing home, but became ill with stress due to deportation threats and was fired. The 16-year-old son of the family, has a cooking profession but can not sign a work contract because he is not issued a work permit, despite the company's urges to issue a permit because he has the right to do so.

The Gottingen Roma Center and other organizations said the family now needed support and a secure right to reside. Only in this way did the eight people not have to live in constant fear of having to leave their homes every day.

We have 63 visitors watching ROMATIMES.NEWS