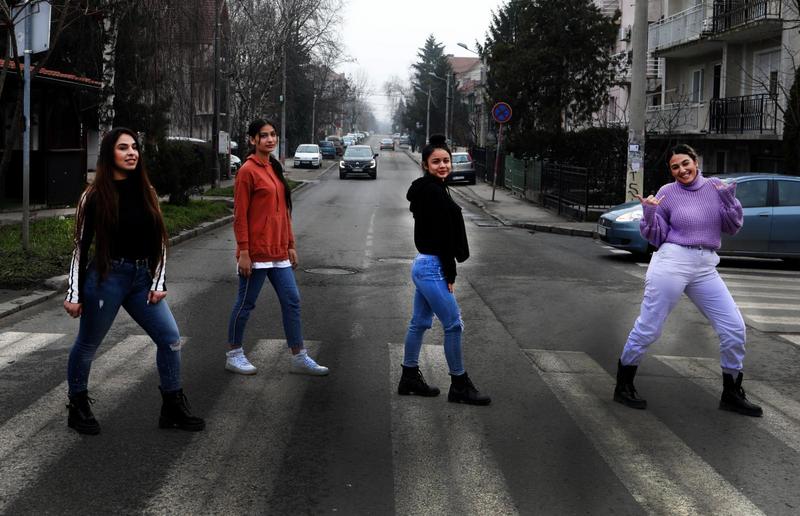 Their band Pretty Loud began their rise within the music scene, but everything we love about Romani music is only getting better because of these brave girls.

Think about it, have you ever heard of a Roma girl band? Let us help you, you haven’t. They’re the first one, not only in Serbia, but in the whole world! That is why we are saying that they’re a brave group because they opened a new road for all of the future generations of Roma girls. Still, their words are having an effect upon all other women, because of the fact that through their songs, they’re creating a movement to stop the women from staying silent about their problems, just so that we don’t ignore the injustices we endure. Silvia, Zlata, Selma and Elma performed as representatives of the women’s movement and the band Pretty Loud and talked about everything which they want to achieve through their musical actions for the other women to feel good and most of all to feel safe in the society in which we live in.

Pretty Loud is a part of the GRUBB Foundation, and in order to make things more clear – we educate Roma children and we also have artistic workshops for dance, rap, music and acting, where the children can realize their talents and fight for what they want through art and performances. We founded Pretty Loud within the frames of the foundation, we wanted to have our own female band in which we could express our opinions and feelings through our songs in order to fight for our cause – says Silvia Sinani.

“Our goal was to be the first group to do such a thing and to find a female Roma band because we demand the same rights as the men, and the best weapon to do this is through music and dance” – says Zlata Ristic.

Silvia admits that it is a difficult task when it comes to raising awareness in women which are used to stay silent and endure injustice.

“It’s very difficult, because for them, it seems like the right thing to do is to remain silent about it, and we don’t want that! We want to express emotions and messages through our songs, no matter the age of the female. It is important to do this, to understand that it’s not good to stay silent and to understand that they have the right to speak up no matter the subject. They will eventually start to gradually understand, we don’t expect sudden and drastic changes – what’s important is for them to not stay silent!”. 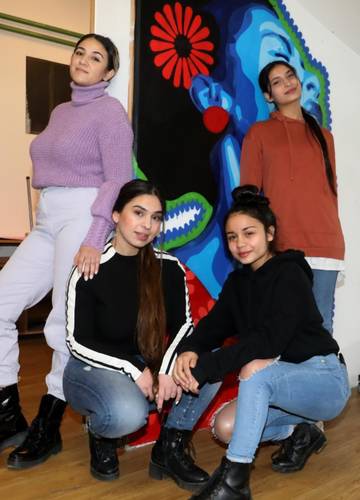 We have 363 visitors watching ROMATIMES.NEWS