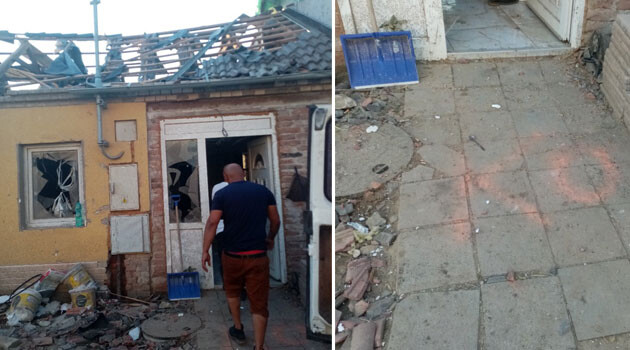 A week ago a destructive tornado swept through the South Moravian village of Hrušky, Czech Republic. Local residents there are coming to terms with the horrible havoc that was wreaked and with their own feelings of powerlessness.

Building inspectors have been scheduling the now unsafe homes for demolitions that have been gradually underway. One such case is that of Jarmila Poláková, a 38-year-old Romani woman who lost the roof over her head and that of her six children in an instant.   "The evening news had just begun on tv when the hailstorm started. The wind picked up and it was clear to us that this was not an ordinary thunderstorm,"

"The bicycles we had parked in the garden in front of our house flew into the air and began spinning around. The same happened to the bricks and outdoor tiling that our neighbor had in his garden. Then it all started flying up. The tornado first blew out all the windows in the house, then took our roof and tore down part of the perimeter wall of the house as if it were made entirely of dominoes and not brick," she described the natural disaster that has also affected the municipalities of Lužice, Mikulčice and Moravská Nová Ves.

We have 457 visitors watching ROMATIMES.NEWS