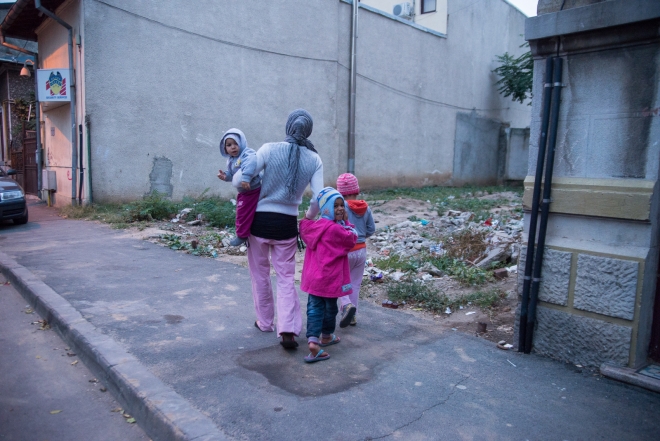 These days the FBI's social networks were overwhelmed with information that allegedly unknown persons with cars and without license plates circled throughout Skopje, especially through Shutka and that they tried to snatch some children. Because of this fact, the people of Shutka and the surrounding area are in panic and organized through the streets to intercept those alleged hijackers. People are in fear and panic, even children are afraid to let them go to school.

Therefore, the editorial office of the Roma Times addressed to the Ministry of Interior and in a telephone conversation with the MoI spokesman, Toni Angelovski, who was asked about this moment, Angelovski noted: "It's fake information that spreads through social networks where we, as a ministry, have come up with a denial of this information. At first pictures of people allegedly abducted were taken, while photographs of some people from Mexico are being taken, and information is false. At the same time, I am mentioning that none has not reported this case to the Ministry of Interior for any attempt to kidnap children, whether it is from Shuto Orizari, Skopje or Macedonia ", said the spokesman of the Ministry of Internal Affairs Angelovski.

Otherwise, this information among the Roma from Shuto Orizari got scaled since the Rompres news portal reported that there are people who operate on the territory of this municipality, and video material has been published for a conversation with a resident of Sh.Orizari who says his unconfirmed version .

That is why the editorial office of the Roma Times, looking for the truth addressed to the Ministry of Interior and all these speculations were denied with an appeal to inform the public, so that the citizens of Shuto Orizari themselves did not fall into such unverified and false information.

We have 97 visitors watching ROMATIMES.NEWS