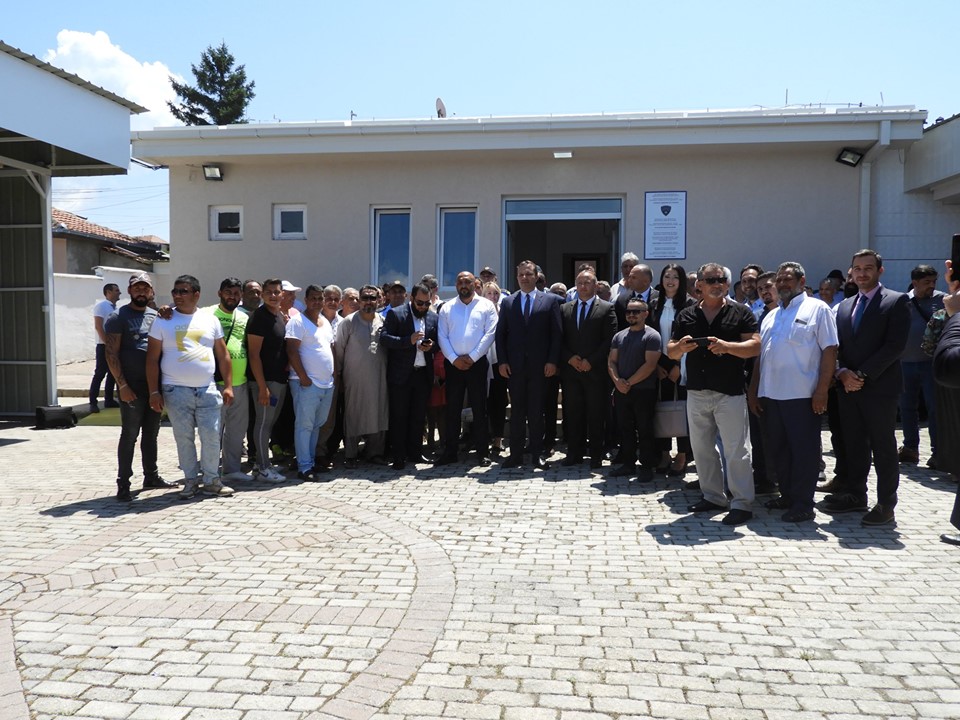 After the settlement of the property-legal relations by the Municipality of Shuto Orizari and in cooperation with the Ministry of Interior, the new police department was put into operation for the first time.

After handing over the report of the Minister Oliver Spasovski by the Commander of the Police Department, Mr. Kiro Grncarski, the Mayor Kurto Dudush, accompanied by the Minister Spasovski, reviewed the new facility and held a meeting with

Minister Spasovski pointed out in his presentation that the obligation of the state is to create conditions for a safe environment.

"The link between the citizens and the police has long been terminated, which distrusted the institutions. I have been in Shuto Orizari several times, but now there is a change in many areas, which creates an image of a modern and urban municipality. The MoI invested more than 2 million denars for this facility, because prevention is important for citizens.

Now we need to motivate young people who meet the conditions of caring for security in their community. Congratulations on the decision to form a Prevention Council, and gratitude for the support and the initiative to the councilors, NGOs and citizens. " - said Minister Spasovski.