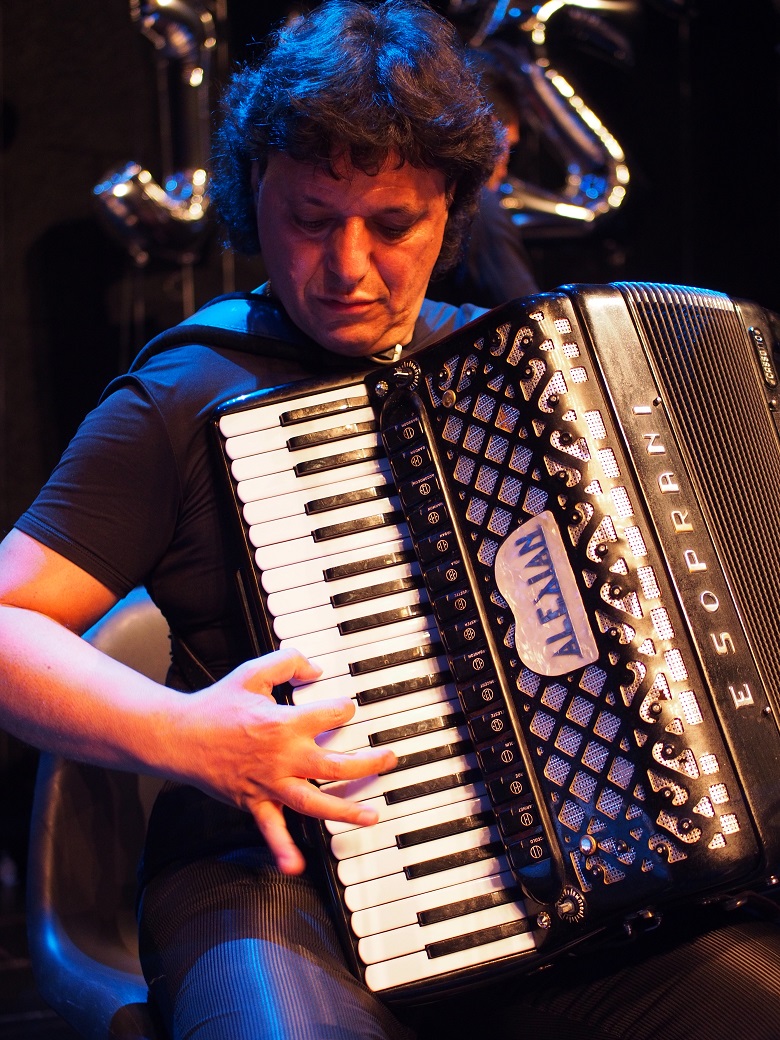 Alexan Santino Spinelli describes himself as a phonograph and activist, patriot, and humanist of Romani culture. Alexian is his artistic name that is associated with him in his musical-artistic career, otherwise he is a professor is a professor.
It is proud to mention its roots spanning six centuries in the past that deal with music.

Spinelli's music career for almost 35 years is impressive. He started to play as a child and did not dream that he would one day perform on a scene packed with an audience of the size of a football field and a column of visitors 4 kilometers long.

He has held over 3000 concerts around the world and has gathered fifty-four professional musicians from various parts of the world and has organized a European Orchestra of Peace, and describing the project, Santino mentioned:

"Europe needs width. We are against discrimination of any kind. It is necessary to respect every person, every culture and religion. In a democratic environment it is necessary for everyone to have their place in society.
With this orchestra I want to make a single European Roma music style that currently does not exist in Europe. Roma music is divided in regions and has its own style, for example as it is in the Balkans, in France or in Spain ".

We have 43 visitors watching ROMATIMES.NEWS