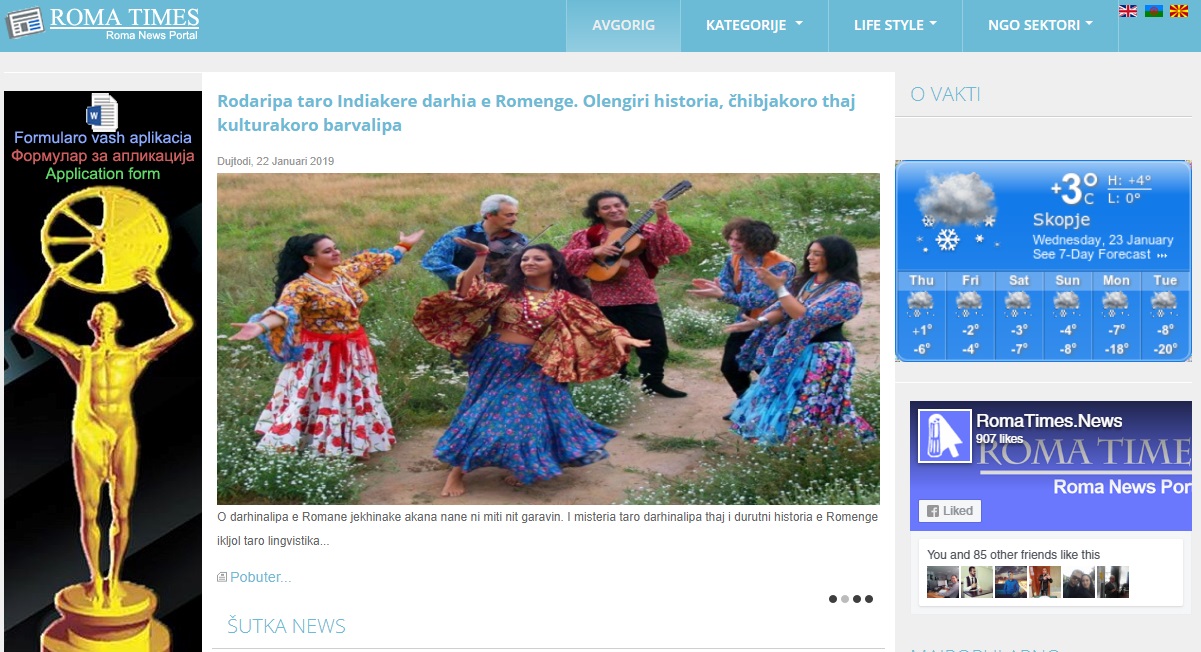 Since the start of this year 2019, the Roma web portal "Roma Times" has been launched in a new clothes and has been redesigned. Otherwise, the portal began to function "shyly" at the end of 2015, but with time and content it has been ranked in an important segment in the media world. Otherwise throughout this period he gained high ratings and attendance from all the meridians in the world. The portal itself provides information in 3 languages ​​- Roma, Macedonian and English.

By comparing his attendance and reading among the audience, the attendance rate was over half a million visitors, while the readability of the articles themselves and visits to those articles were over 1 million.

The current visual form in this design of the Roma Times is made according to the most modern technical standards. It should be noted that the great addition to the new design, content and technical parameters besides the Roma Times team is the company Anton Soft and its manager Elvis Hajdar, who made the complete redesign of the web portal itself.

We have 330 visitors watching ROMATIMES.NEWS