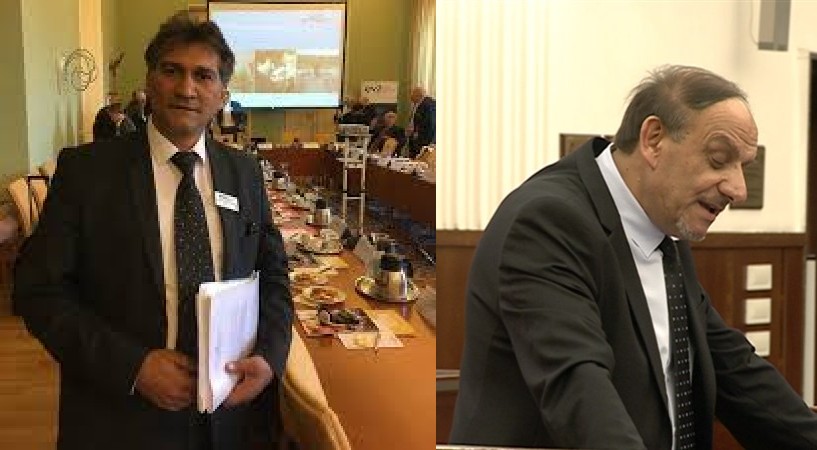 On Wednesday in the Assembly of the Republic of Macedonia, a meeting of the Council of the Inter-Parliamentary Group had a meeting, where the MP Samka Ibraimovski presented the Declaration on the Rights of Roma in the Republic of Macedonia. According to his claims, that Declaration is his idea and his work. Immediately afterwards there was a stormy discussion of social networks, between which also the President of IRU, Zoran Dimov, doubted that this Declaration was actually taken and copied from the Strategic Framework 2019 -2021 and the Start-up Resolution entitled "Roma in Crisis: A Nation in Motion" prepared by the International Roma Union-IRU. These two important documents were adopted after the developed discussions and meetings between the IRU delegates during 2018, besides IRU members in the preparation of those strategic documents, experts from those areas took part. The same documents have already been sent to the UN and the EU, as well as published on the IRU Web site - https://iromaniunion.org/index.php/en/ Because of that suspicion on social networks, a discussion was developed where, among other things, MP MP Ibrahimovski publicly states in his comments to the FB that this is his work, and that the Declaration was not taken from anyone denying the moment that he took it from others, but not presented the content of that declaration, adding that it was not yet complete and that there would be a Resolution, which would later be presented. In addition to all these claims, the IRU reacts that these documents are created on their side where all Roma from the world are included (including the Roma from the Republic of Macedonia), and that there is a doubt that this document was provided by one of the team of experts who was indirectly involved in his creation, and then may be given to Samka Ibraimovski. At the same time, in the previous claims by MP Ibraimovski, because of disagreements as to what individual, party after the schism and the dismissal of the previous minister without portfolio Axel Ahmedovski, and the struggle for that position, the names of the candidates are until the appointment of incumbent minister without portfolio Bajram Muzafer, there was a splash and split in the PCER party itself and a division of the western and eastern bloc. When the job with the appointment of a minister without portfolio ended, the opinion is that due to the suspicion that this split in PCER is the work of some NGOs from the eastern bloc, it has come up with claims that the Roma NGO sector in the past years embezzled over $ 25 million and the results are gone! He publicly publicized these doubts and accusations through social networks. It is questionable why Samka has not reacted to this knowledge so far, and if there are already knowledge of which Roma and non-Roma NGOs have received the funds to provide a list of insights and show, or more popularly called, make a "White Paper" for not to put the entire Roma NGO sector in the same basket. There are institutions that will deal with this problem, and not publicly "blur" NGOs that may work transparently, accountable, and properly. But it would also be even more transparent if he himself offered to report on his contribution so far and as an MP, as well as Minister without Portfolio, about the work done and where all the funds allocated to him were given. In any case, according to the announcements, the IRU will not stand here, and in every way it will seek the answer and truth in the above interpretations.