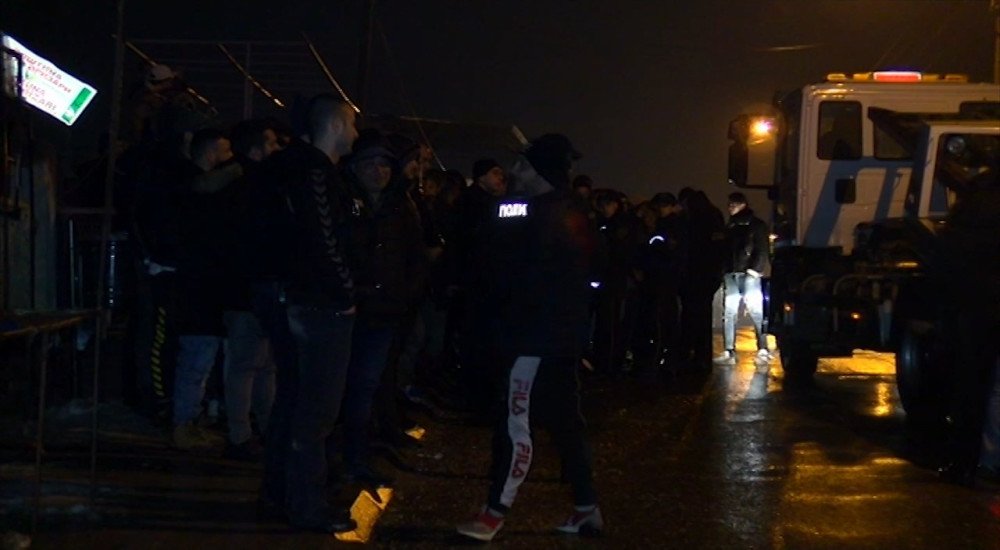 After the incident that occurred in the evening on Monday evening, instead of calming tensions and stability, social networks just "exploded"! The comments of ordinary citizens, understanding their concerns, went from one extreme to another. This was understandable for the reason that they were "under stress" from previous developments regarding information circulating around the FB about kidnapping and stealing children. It was understandable, because they are all parents and worried.

But the fact is that precisely that evening, when the unfortunate event happened, all of the previously dumb "seir" intellectuals who stand just behind the keyboard - make the brightest, and in the previous days when information from ordinary citizens was shared for all time there are indicators of persons-takers who at any moment can do something wrong; those "peoples" intellectuals have not written in a single letter.

They all saw it with irony without resorting to comment, advice, appeal, etc., but they were still silent, and they skipped those FB information probably with the thought of "a simple table that makes movies"

However, this tension continued among the residents of Shutka, for which the media (only the Roma) have already begun to give information about this situation among the citizens. In this context, the incumbent mayor of Kurto Dudush municipality, who, several hours before the incident, joined a gathering of citizens about the condition of the people. Even the commander of PS Butel was invited to that meeting.

But unfortunately after a few hours this unfortunate event occurred. And then, those "big Roma fighters for Roma rights" and all other "sailors" of intellectuals, who hardly seemed to wait to invade charges against individuals and individuals as if they were guilty of that unpleasant incident, were "burned out." First publicly lined up the Roma media to report something that is not yet clear and clarified where it was pure-confusion!

These Roma media were among the first who gave information about the concerns of the Roma citizens themselves for theft of kidnappings. But "the intellectuals did not write a word." And during the incident were "major promoters and analysts". After the battle, they are the general.

Secondly, according to them, the mayor himself was responsible for the previous conditions due to some inefficiency.

And all this together in a pile, they "located" the culprits. By the way, religious and hypocritical. All of them found faults only they are the whistle "consolidators"!

And this is because of such "innate laziness" of those intellectuals we come to that village.

Otherwise, as a special example is the current MP in the Assembly of PCER, Samka Ibraimovski, who for all the previous days was absolutely "invisible" about the situation in Shutka, and immediately after the incident immediately appeared to the FB with his default "My Roma here I am for you"

Without further comment but with a brief conclusion - "How hypocritical"