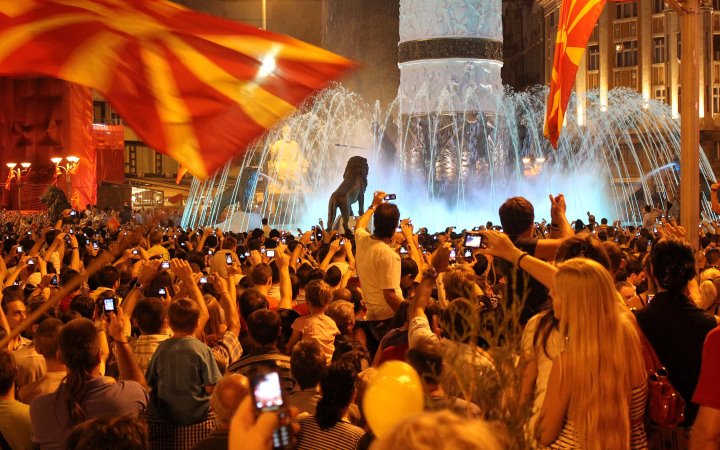 We are witnesses that in our country there is no continuity of improvement of the situation regardless of the field. Social uncertainty, unemployment, eviction, judicial injustice, anomalies in education, health, economy and many other negative phenomena. Lately, VMRO-DPMNE throws poisonous arrows to the current government that it is guilty of the current situation, as SDSM always finds counter-arguments and blames VMRO-DPMNE. And so on forever.
But the question arises who really is to blame for these conditions in the country?
So good people are we citizens in your eyes "Sheep Shearing? For these situations you are blaming one another with justification that one is right and the others are guilty and vice versa!
You know very well that "on this street" we have come only because of YOU the gentlemen of the two biggest parties in the state!
Since 1991, until today, who split with the state? So just you and your smaller pendants from other national parties!
Chronologically for reminder is: Past presidents of the state were from your highly valued party circles. Presidents with a sequence in sequence with your party emblem.
Kiro Gligorov - SDSM, Boris Trajkovski - VMRO-DPMNE, Branko Crvenkovski - SDSM and Gjorgje Ivanov (non-party but with VMRO-DPMNE's keyring)
Also for reminding former Presidents of the Government were: Nikola Kljusev (nonpartisan, expert government but still close to VMRO-DPMNE), Branko Crvenkovski two terms - SDSM, Ljubco Georgievski - VMRO DPMNE, Radmila Sekerinska after two short mandates as VD - SDSM, Hari Kostov (nonpartisan but with SDSM keyring), Vlado Buckovski SDSM, Nikola Gruevski 10 years - VMRO DPMNE, Emil Dimitriev - VMRO DPMNE and Zoran Zaev - SDSM.

And now by looking at these names, you have the courage and the two biggest political party players to blame who is to blame for these conditions in the state. You do not have a little morale and a feeling that the state of this village has been brought in by gentlemen BIG POLITICALS, only for YOU from SDSM and VMRO!
None of you, along with your smaller party national keyrings, have any exclusivity to blame and contradict one that is bad and the other has fixed the job !.
One thing you need to know is that all the people in Macedonia have become your hostage, and your experimental toys!
You do not have any alibi or arguments to make justice before the people! So start your presidential campaigns, but only with a word what you would do, and not what they did "they". Because "TIE" so far have done it is solely SUCCESSFULLY UNAUTHORIZED AND INVALUED MACEDONIA AND ITS PEOPLE!
But the greatest guilty people are the people themselves. Because you have been faithful to us for years!
And there's one definition that goes like this:
- If you lied to me once - Shame on you!
-If you lie to me the second time- Shame on you!
- But if you're lying to me for the third time then - SHOULD I BE!

We have 335 visitors watching ROMATIMES.NEWS