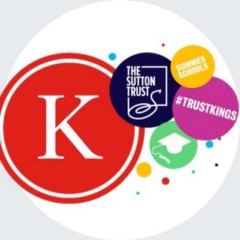 Throughout history the words Gypsy and Traveller have been synonymous with outliers in society. They consistently crop up as being underrepresented in education and overrepresented in the justice system.

In Department for Education reports and health surveys they are one of, if not the, lowest performing group in comparison to their peers.
This amounts to a lower life expectancy, lower expectations and ingrained stigma from the settled community. The reasons behind stigma and persecution are multi-dimensional. From the fear of otherness and ignorance to discriminatory policies and a consistently negative media image, as an ethnicity they are set apart from others.

Part of the widening participation agenda is to increase diversity at university and increasing representation from different groups of people. It is estimated that 2–3% of Romany Gypsy, European Roma and Irish/Scottish Traveller students proceed to higher education, compared to 43% of the general population. It is a small minority group, with approximations of around 200,000–300,000 Travellers in the UK, however statistics and data are scarce — a story in itself.

Universities, especially Russell Group universities, can seem as inaccessible as a different planet.

The ‘Rom Belong’ programme has been developed, with input from current students from Traveller communities, to address structural and non-structural barriers alike.