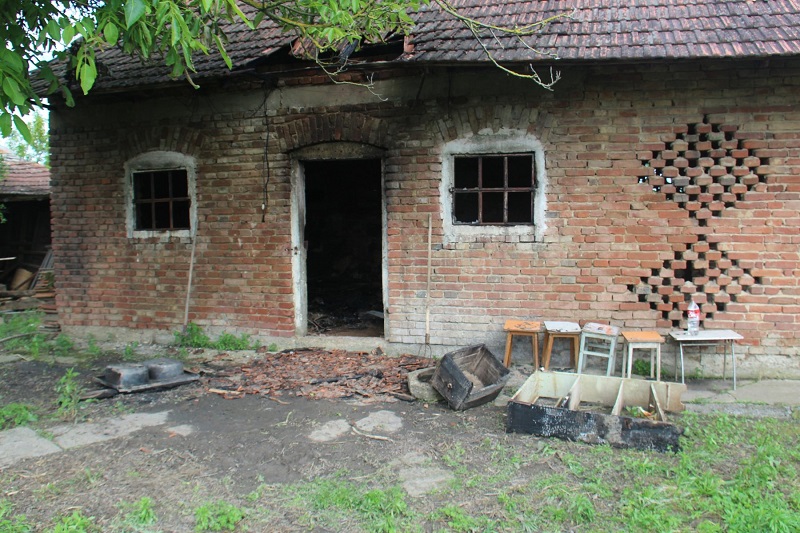 A 27-year-old resident of Podravska Sesvete struck a fire at a property last Thursday around 20.40 pm where no one currently resides on Braca Radic Street.
The suspicion was that the fire was deliberately subjected to the reason that the property had previously been bought by a Roma family from Djurdjevac.

With the quick intervention of the fire service, the fire was localized.
The material damage is about 800 euros, and the offender is detained.
The family of the perpetrator does not want to comment on this event, but the neighbors have confirmed that the possible motive for this incident is due to the "migration of Roma"

- That property is now quickly sold and bought by Roma, Someone obviously figured it out and the 27-year-old was the chief in that revolt because he publicly threatened to burn the house.

Owners of the property were shocked by the procedure and are already thinking of the previous owners from whom they bought the property to ask for a refund and to cancel the acquisition of this property.

- If it was him that we were Roma, he could immediately tell us when we came to look at the property, and we would not have bought it. Now we are afraid that it can repeat it, and I have four children and we have no certainty.

That's why we asked the previous owners for a second meeting to consider all the possibilities and see if it makes sense for us to stay in that place - said the Roma who bought that property.

We have 133 visitors watching ROMATIMES.NEWS