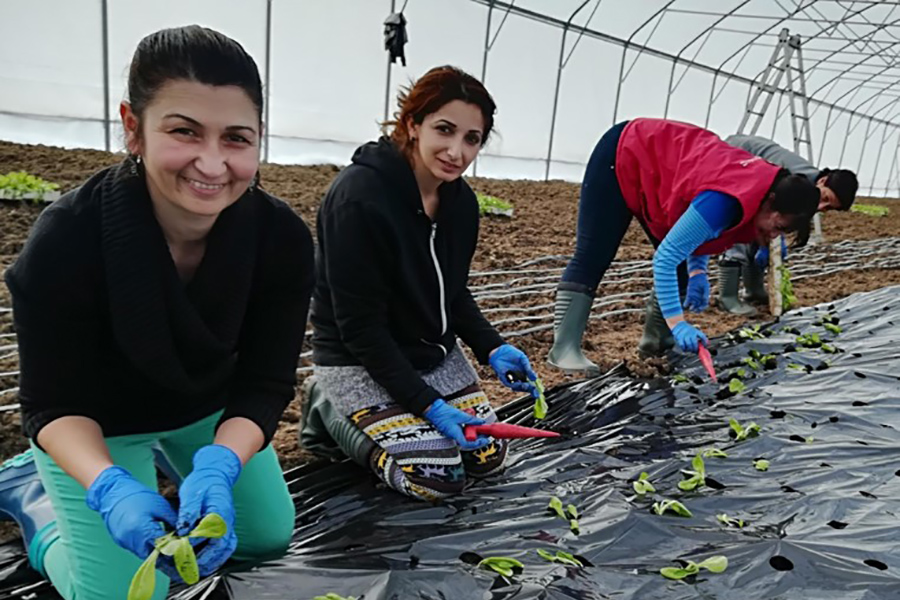 Nearly 1,000 Roma live in Bijeljina, and according to the data from the Grahovo Association for the Promotion of Roma Education "Otkharin" and the women's association "Roma", only 0.5 per cent of the members of this national minority are employed.

In order to improve their situation, social entrepreneurship and company "Agroplan" were formed, where marginalized groups have an advantage in employment.

With the mediation of this company that deals with production in greenhouses for vegetables, a dozen Roma are employed.

About 200 Roma families in Bijeljina face numerous problems, and the largest is unemployment. Most Roma people exist from the collection of secondary raw materials and plastic packaging.

The survey shows that the level of employment of Roma is very low. The Otakarin Association formed within the project "Economic strengthening of the Roma woman through production in greenhouses" financed by the GIZ, at the companie "Agroplan"

The goal is thus to secure the employment of Roma, which is also the largest minority community in Bijeljina, said the executive director of this association, Dragan Jokovic.

We have 210 visitors watching ROMATIMES.NEWS