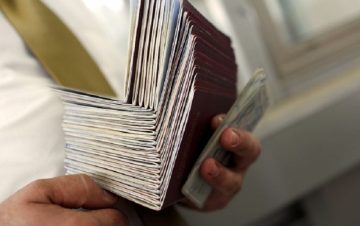 The issuance of new personal documents with the new name is expected to begin by the end of the year, and the citizens will pay for the replacement themselves. Replacements will go gradually.

- Basic documents: identity card, passport and driver's license, if the same prices remain, each citizen will cost about 40 euros.

If this is added to the changes in the registration plates, then the costs will increase by about 20 euros. Total costs will amount to about 60 euros.

The most affected will be those citizens who will change the documents in this period until they get new ones with the new name, because the documents will have a half-life, so instead of once in ten years, they will have to change their documents twice.

The change of documents, already announced by the Government, will be on the back of the citizens. According to the current price list, most citizens will have to separate for passports that cost 25 euros denars plus an administrative fee of 5 euros for people over 27 years old, or 2 to 3 euros for those under this age limit.

The price for ID cards, however, is 3 euros. The driver costs 4.5 euros, and for her there is an administrative fee in the amount of 3 euros that is paid due to the past validity.

The replacement of the registration plates for those citizens who have a vehicle is also attached to these basic expenses. The tables have so far cost about 20 euros. On the new tables, which should start to be issued within four months, the old traffic code "MK" will be replaced by "NMK" (North Macedonia).

We have 465 visitors watching ROMATIMES.NEWS