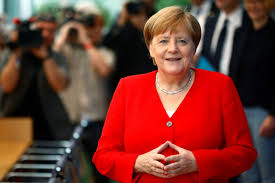 Germany will pass a law early next year that should ease the import of skilled workers out of the EU, Chancellor Angela Merkel said, and warned of the "desperate" need of the economy for workers.

The Law on the Employment of Qualified Labor will enter into force on March 1, 2020, and is intended to pave the way for workers outside the EU to come and stay in Germany.

According to recent estimates, there are currently 1.3 million unfilled jobs. The economically strongest member of the EU employs more than 2 million citizens from other EU countries.

To meet the needs of the economy, the government has adopted three strategies. The first relates to full utilization of the capacity of the domestic market, the second relates to increased imports of EU experts and the third relates to the deployment of skilled labor outside the Union.

An extraordinary meeting will be held Monday, where government, union and employer representatives should agree on how the new law will attract as many experts as possible from non-EU countries.

We have 154 visitors watching ROMATIMES.NEWS