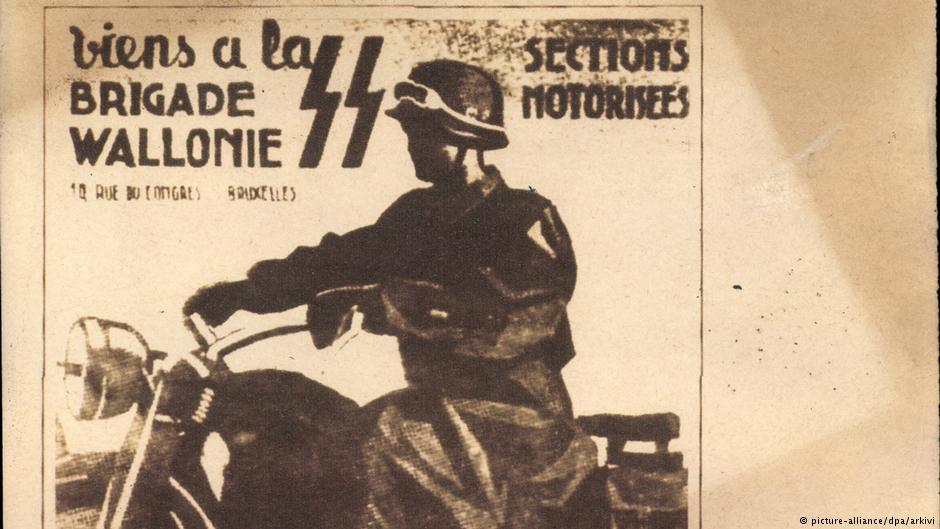 In Belgium, Britain and some other European countries, members of the Hitler paramilitary Schutzstaffel (SS) continue to receive German pensions.

As NBC writes, it is about 27 former soldiers. The whole situation was revealed when four lawmakers in the Belgian parliament demanded a suspension of the payment of such pensions and screened evidence that they exist and are still paid.

But, as NBC adds, there are no irregularities on the legal side in terms of payments.

Namely, Germany has inherited an obligation from the Third Reich in respect of the payment of pensions to soldiers, as stated in a decree of 1941, signed by Hitler. This is Hitler's only decision that has legally remained in force after the Potsdam Conference in 1945.

The Belgian authorities do not know exactly whose citizens it is, because only the Germans have information about the identity.

Since there is no obligation for EU Member States to inform each other about cross-border payments on pensions, payment is made without taxation. Pensions for Hitler's soldiers are from 425 to 1275 euros. 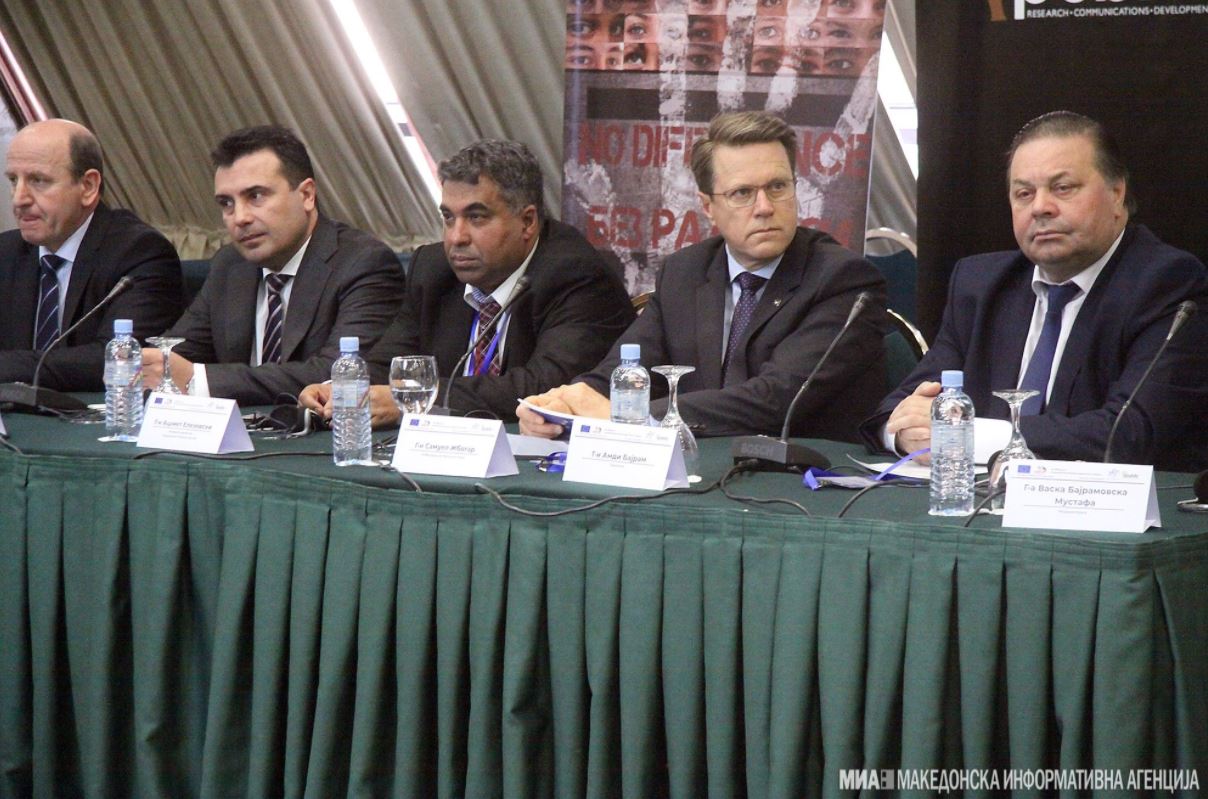 Despite the measures and activities undertaken so far, the discrimination against Roma children in Macedonia is still present. Major discrimination is evident in the part of the registers related to the issue of persons who are not registered in the register, there is the appearance of segregation on ethnic grounds, especially when it comes to Roma students. Also, the situation with children on the street is alarming, and 98.2% of them are Roma. There have been cases of discrimination in the areas of housing and access to goods and services.

These are just some of the areas of discrimination in Roma children registered in the Report "Roma Discrimination, International and Domestic Regulations, National Policies and Institutional Set-up - Field Case Analysis" that was presented today, and is part of the project "Preventing discrimination against Roma children ".

In order to overcome such conditions, the report states, it should work on raising awareness and capacities in institutions and citizens for protection against discrimination, to increase the awareness of discrimination against discrimination, especially among victims belonging to the Roma community. In order to overcome the state of affairs, it is necessary that the domestic legislation be brought into line with the international law and the obligations that the country has accepted, as well as to improve the implementation of national policies.

Prime Minister Zoran Zaev, who addressed the closing conference of the project, said that the state has an obligation to build a society for everyone, not just as a flock, but rather, and that it is the highest on the government's agenda.

- No one should be discriminated against nor neglected. At least it must be a child, especially children from vulnerable categories. For us, such rights and dignified life for all are sincere belief that this is the road to a successful joint state, a home for all, Zaev said.

EU Ambassador to Skopje Samuel Zbogar noted that although many activities are being undertaken in the country for the prevention of discrimination, it is still in place and can be seen on the streets, in the fact that many of the children do not have any documents, live in bad conditions, have no access to education and other services. Therefore, it is necessary to coordinate policies, harmonize objectives and find funds and funds for their realization.

The Ombudsman Ixhet Memeti says that these issues should be spoken openly because, as he said, the problems of the Roma are our problems, that is, problems of the whole society. Inquiry, he said, are we ready to find a solution to the problems and the integration of Roma in society. If that's the case, it should act in that direction, Memeti said. 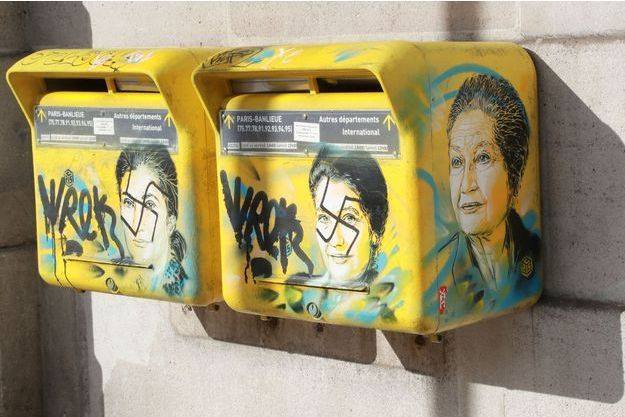 With this derogatory act two days ago on several mailboxes, the photo of Simon Veil's wife, a human rights fighter, was scraped with a swastika.
Such an act can not be characterized by any other ground, but racism, racism that has no political ideology but a crime and evil against humanity.
Who is Simon Veil?
Simon Weil is a Jewish girl born on July 17, 1927 in the French city of Nice.
She and her entire family were deported to the infamous concentration camp Auschwitz-Birkenau, where she lost a part of her family during the Holocaust.
He served as the first president of the Peace Foundation in de la Shoa, from 2000 to 2007, and then as an honorary president. Simon Weil was also chairman of the European Parliament.
A well-known human rights fighter, but also a great champion of the same rights when it comes to Sinti and Roma.
In 2010, Simone Weil received the Civil Rights Prize for Sinti and Roma
The European Civil Rights Award for Sinti and Roma for 2010 was presented to the former European Parliament President in Berlin for her continued commitment to these two minorities.
She died on June 30, 2017 at the age of 89 in Paris. She was buried in the cemetery of French giants with numerous state honors where she was personally and French President Emanuel Macron. 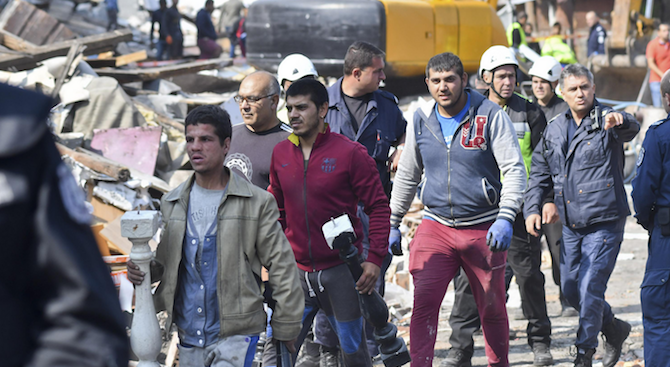 The basic rights of Roma remain permanently violated in the EU, the European Parliament said in a resolution adopted in Strasbourg today. Significant obstacles are encountered when accessing this minority in education, housing, the labor market and health care. The EP calls for clearer targets for Roma inclusion and national strategies after 2020, says the institution.

Roma should be better represented in the media, state institutions and political organizations, MEPs say. EP calls for stronger measures to combat anti-Roma sentiment in the EU. The sentiments against the Roma are institutionalized and rooted in the historical form of racism, which is expressed in "violence, hate speech, exploitation, stigmatization" and discrimination, says the accepted text.

The exclusion of schools, access to the labor market, housing and health care are among the main obstacles for Roma in Europe. The EP notes the particularly difficult situation of young Roma, among which the number of those who do not work and learn does not increase.

Lawmakers are asking the European Commission and EU countries to propose clear and binding goals, deadlines and tools for assessing progress in Roma inclusion. They believe that significant public funds and human resources are needed to achieve these goals.

The EP calls for gender mainstreaming and the use of a child-directed approach in the EU's strategic framework. MPs insist on increased participation of representatives of Roma and non-governmental organizations in the development of inclusion policies.

The EP notes the need to protect and promote equal access to all rights of Roma children. There is a call for specific anti-discrimination goals as well as measures for Roma inclusion in environmental and digital society policies.

EU Structural Funds must be used to improve living conditions and future opportunities for Roma, MPs say. They urge EU countries to investigate abuses of assets and take legal action against perpetrators.

We have 158 visitors watching ROMATIMES.NEWS