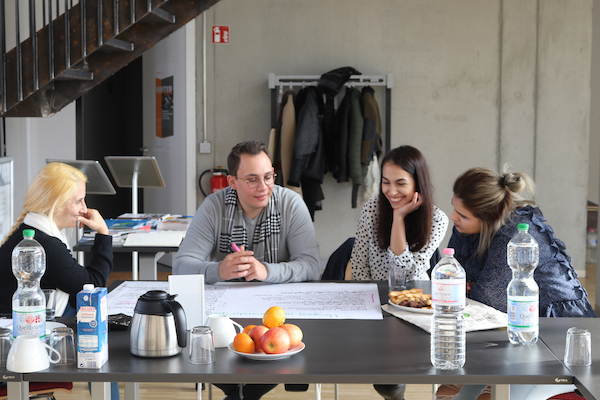 At the national level, the young self-organizing Amaro Drom e.V. increases for two clubs from Saxony and North Rhine-Westphalia and sets Herbstakademie a new boost to the Association's work since the end of 2018, held in Berlin, at the annual Federal Assembly Amaro Drom e.V.

In the autumn, the Academy of priorities and strategies for the work of the association will be developed in the next year. The General Assembly also adopted two new divisions in the Federal Association.

With Romano Sumnal e.V. from Saxony Amaro Drom e.V. is the first association of East Germany. Since 2016, Amaro Drôme u.a. within the framework of the projects Dichen Ammann! and Romano Krlo are closely connected with the youth group of the Saxon self-organization. Romano Sumnal e.V. describes herself as an association of Roma culture mediation, political, cultural and social Roma activism.

The main goals of the association are to promote cooperation between the Roma (Roma gender Romanja) and non-Romnja, the exposure of Antiromaismus and the emancipation of Roma. An essential part of Romano Sumnal's work is youth work.

We have 141 visitors watching ROMATIMES.NEWS