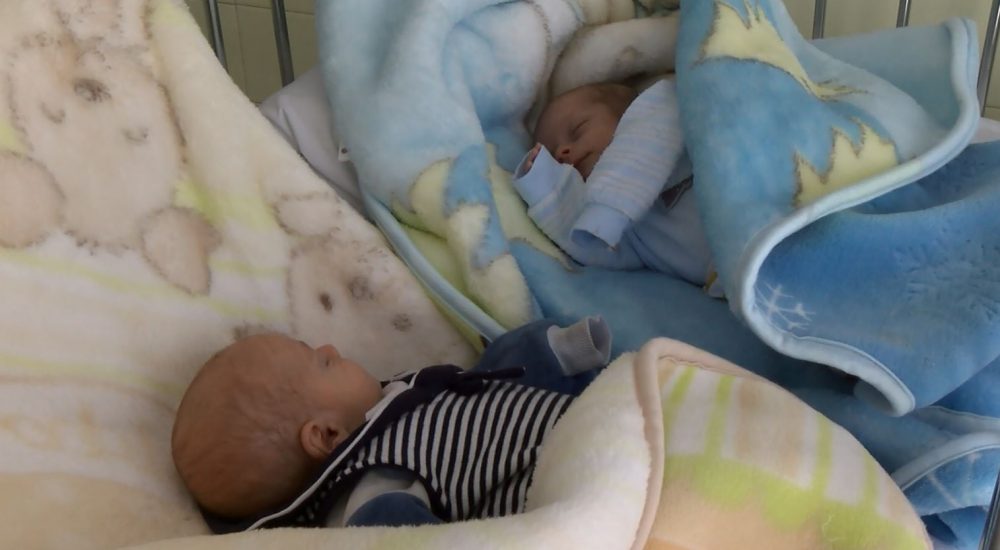 Both newborn twins at Sevjgul and Forsina Zekirov from Veles are improving daily, regularly eating and gaining weight, but still stay in hospital until the competent institutions or humane citizens find a suitable home with decent conditions in which the family to stay.

Today, and the cheering group "Gemidzii", which had installed a box for donations in the games of their club "Borets", will pay the collected funds from the citizens in the account of Sevjgul so that he can make it available as soon as possible and provide better conditions for his three children.

Valentina Golova is a patronage nurse who follows the Zekirov family. She initiated and insisted that babies be hospitalized
Head says that they often encounter such cases as the Zekiro family.
The patrol service in Veles covers the city and the surrounding settlements.
While health workers take care of both newborn babies, Songul and Frosina's humane fellow citizens are in a tour of the city demanding an apartment for them. Already have found a few where they could stay.

The director of the Center for Social Work in Veles did not answer the calls on her phone. For now, there is no information whether the social worker in charge of the Zekirov family and the center have found a solution to their stay. However, the center managed to get the necessary documents to Sevgjul and Frosina to be issued with which they could receive monetary compensation from the state.

Until a solution is found, the father and his two-year-old son remain in the troubled house, without electricity waiting for Frosina and the twins to leave the hospital.

We have 44 visitors watching ROMATIMES.NEWS