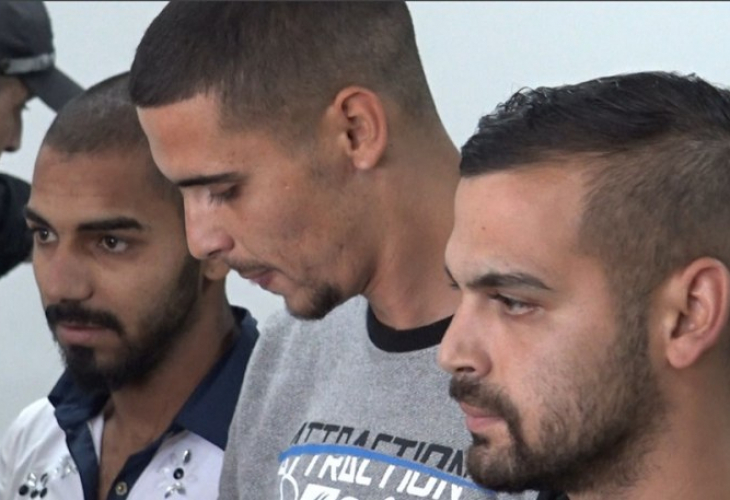 The brothers Rumen and Vasko Karagyozov and Jesus Atanasov were brought to the Plovdiv District Court where judges are currently seeing their freedom. The prosecution has asked three young people to receive the most severe custody pending trial, writes "Trafficnews.bg". They have several charges, and for two of them the law provides for a prison sentence. It is about inflicting bodily injuries on a policeman while performing official duties and for destroying a patrol car in hooliganism. Karagozovi's lawyer lawyer said that the reasons for the incident in Kukla should be sought, where according to his clients, they were caused by police officers. Thus, according to the defense the police officers acted unlawfully. "Why it came to this? This is the most important question. Let's see why the employees of the Ministry of Internal Affairs were called up?" So far it is debatable. In the words of the brothers, they did not cause them, and the police were in the immediate vicinity, "the lawyer explained. Apart from that, the three youngsters claim to have been subjected to brutal treatment and torture during the last 3 days when they were in custody. They spent 72 hours in detention, along with two other people released today. They accused police of injuring them while they were tied, made them lick water from the floor when they were thirsty. Relatives of the defendants came to this confrontation, but they were expelled from the hall because of the exclamations that the boys were innocent. The prosecution supported the request for detention, explaining that the defendants could commit other crimes, and the three also showed immense insolence. The state prosecutor's office pointed out that they entered the Shalamman's family without permission, and then showed a huge aggression against the police officers.

We have 243 visitors watching ROMATIMES.NEWS