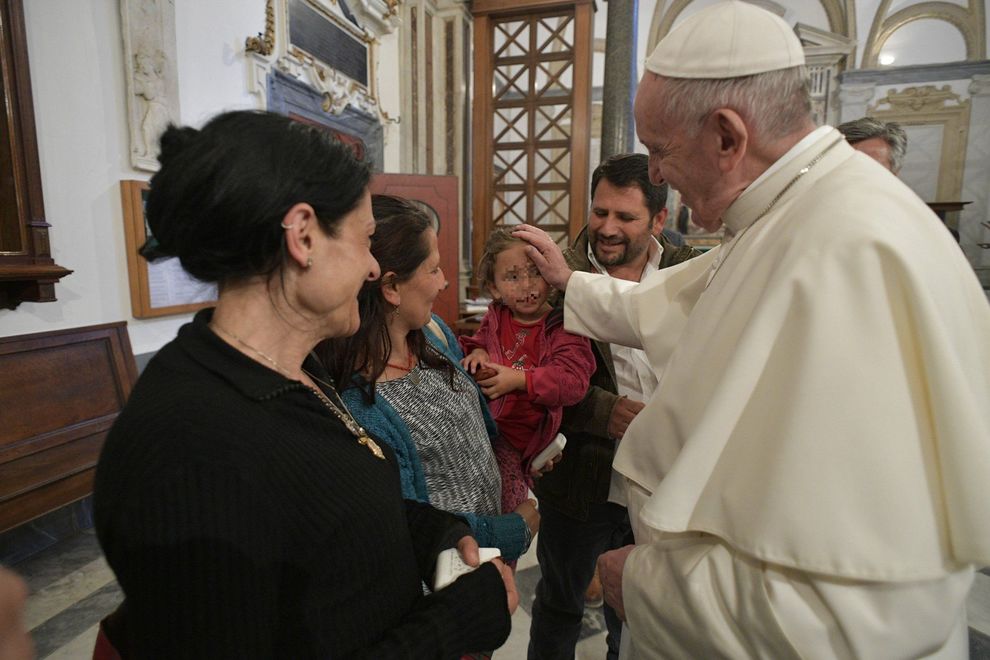 The family of Imer Omerovic, nucleus of 14 nomadsensor of a public house in Casal Bruciato, the scene of protests in recent days, was received in the Basilica of San Giovanni in Rome by Pope Francis, in the margins of the Diocese assembly.

Father, mother and the younger daughter reached the sacristy for a brief greeting with the Pope. They were given some seats in the front rows.

Pope Francis met and greeted the nomad family in private, in the sacristy of the Basilica of San Giovanni in Laterano, before the Pope began, in the nave of the Basilica, an encounter with the clergy and the faithful of the diocese.

The family arrived accompanied by the volunteer Patrizia opera nomad, and was received first by the auxiliary bishop of Rome, Don Giampiero Palmieri, who went to the front of the central nave of the basilica of San Giovanni where his mother and his father were sitting. father, Imcor and Senada Omerovic, together with his daughter Violetta and the volunteer of the Patrizia opera nomad.

We have 286 visitors watching ROMATIMES.NEWS