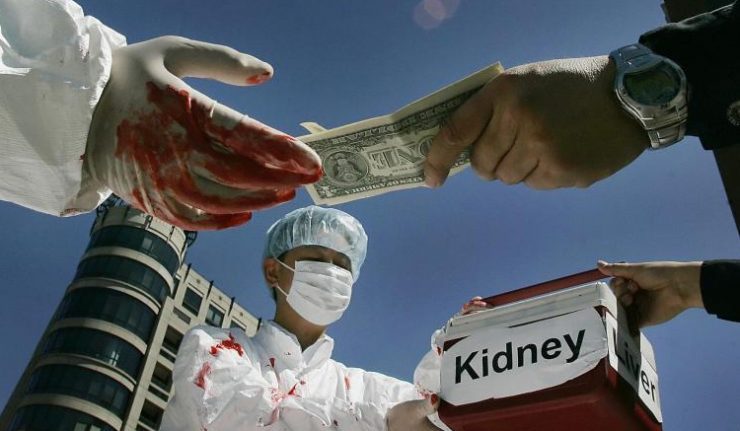 Read below to find out the seven shocking facts about organ trafficking.
1. Captured people.
According to a book by UN war crimes prosecutor Carla del Ponte, members of the Kosovo Liberation Army captured hundreds of people forcibly seizing their organs. The organs were then transferred to foreign transplant clinics.

2. Organ trafficking.
The investigation began in Mozambique after several local human rights groups and the Brazilian mission in Nampula notified the authorities that many children lacked vital organs, and some children were believed to have died as a result of the removal of their organs.
It was believed that most of the collected organs were sent near South Africa for both transplantation and religious rituals. There have also been reports of children kidnapped and killed for their organs in South America.

3. Amazing price for kidney purchase.
According to estimates by the World Health Organization in 2003, the kidney's price ranged from $ 700 in South Africa to more than $ 30,000 in the United States, with many other countries paying between $ 1,000 and $ 10,000 for the kidney.

4. Sellers did not show concern for patients with removed organs.
Many of the kidney on the black market that are sold all over the world make the poor people vulnerable and in dire need of money.
Buyers usually paid only part of the amount and did not receive medical care for their recovery. These donors were often weakened by lack of care and were not recovering fully.

5. Enter a medical examination, stay without a kidney.
In Egypt, a method of organ trafficking ran around the employment scheme. Young men were hired for work and were sent to a doctor to examine their health. Young people woke up in hospital with pain with one kidney less.
Victims of this scheme faced threats of violence when they filed charges against those who committed the crime.

6. Organ trafficking is legal only in one country.
Despite the high numbers and uncontrolled contempt of the law, organ trafficking is illegal in all but one country in the world. In Iran, the sale of organs is legal and carefully monitored.
The practice of legal transactions has eliminated the waiting list for those who waited for the kidney and provided an increase in donations from the post-mortem organs.

7. Baby auctions for organs.
Three Ukrainian women were arrested in Italy after an auction of an unborn child to one of the women. The baby's mother sold her unborn child for 350,000 euros (about $ 500,000 USD).
Officials believe that the gang of women carried out the same transaction with other babies, sometimes selling them for illegal adoptions, and sometimes for their organs.

We have 210 visitors watching ROMATIMES.NEWS