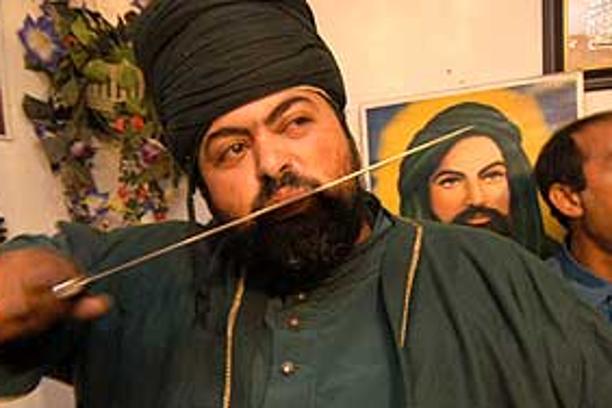 For the most secret in a private house in Zagreb, the Dervishes performed their ritual. Twenty Roma, members of the old Islamic fraternity, tirelessly danced all night long in religious fervor. And the main dervish battled needles, knives and swords.

In this way, one of the Croatian media describes the semen in a Zagreb municipality where the Dervishes celebrated the 27th night of Ramadan fasting, the day Allah lowered his mercy among believers, known as Leyle tu Kadr.

The journalists themselves notice all the moments and the atmosphere that is happening in the semen. Needle-punching, for journalists, the mystical prayer, as well as the respect of the faithful who show it to the main Sheih.

They explain stabbing without pain, as they say they have no explanation.
According to them, this parapsychological moment explains prof. Dr. Nenad Moachanin from the History Department of the Faculty of Philosophy says that the dervish ritual and scoring ritual is the level of the dervish lifestyle. That means prayers and some hand movements that lead to ecstasy where the pain is not felt and despite the stinging there is no blood.

Moacanin says that this parapsychological phenomenon, science has no explanation.
The text also mentions that in the years that have passed, Americans have literally gone crazy to be part of the Dervishes. But unlike others, American dervishes, as is well known, do not practice a lot of needle punching.

We have 327 visitors watching ROMATIMES.NEWS