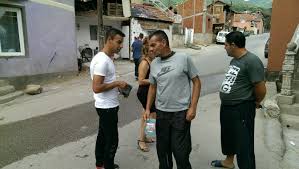 A major scandal erupted in the Vranje elections. In addition to the parliamentary elections, local elections were held there on Sunday. A group of Roma suspected of being bribed by the ruling SNS to vote for their candidate in the local elections.

But they were confused and voted for the number 4 on the ballot paper for the parliamentary elections. The Hungarian party candidate was there.

The point is that there are only six Hungarian-born voters in Vranje. It became suspicious of them when the votes were counted, so the ruling party filed an objection which was accepted.

Voting will be repeated next week in three places in Vranje and the surrounding area.

We have 211 visitors watching ROMATIMES.NEWS