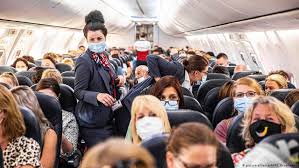 Sweden and Denmark are planning to introduce a digital COVID-19 Passports for the vaccinated individuals, and in that way to ease, among other things, the travelling of people.

Sweden has been known for its “special way” during the pandemic. Instead of having lockdowns and restrictions like in other European countries, the Swedish people were more focused on i.e. herd immunity, and then later on they relied on the consciousness of the people. Such behavior in the pandemic was a target of criticism, especially due to the fact that the numbers of infected was large. According to the “Jones Hopkins” University, there are over 600.000 people who were/are infected from the Corona Virus.

Now the country, together with Denmark, is on a special path again and wants to introduce a digital passport for immunization by summer, writes DW.

Swedish Minister of Digital Development Anders Igeman explained that the first line is to prove in a simple way that the person has been vaccinated. Such evidence could be important in the future, for example, when traveling to other countries, or at cultural and sporting events. The digital infrastructure for the vaccination passport should be ready by June 1, and several institutions are participating in the preparations.

We have 233 visitors watching ROMATIMES.NEWS