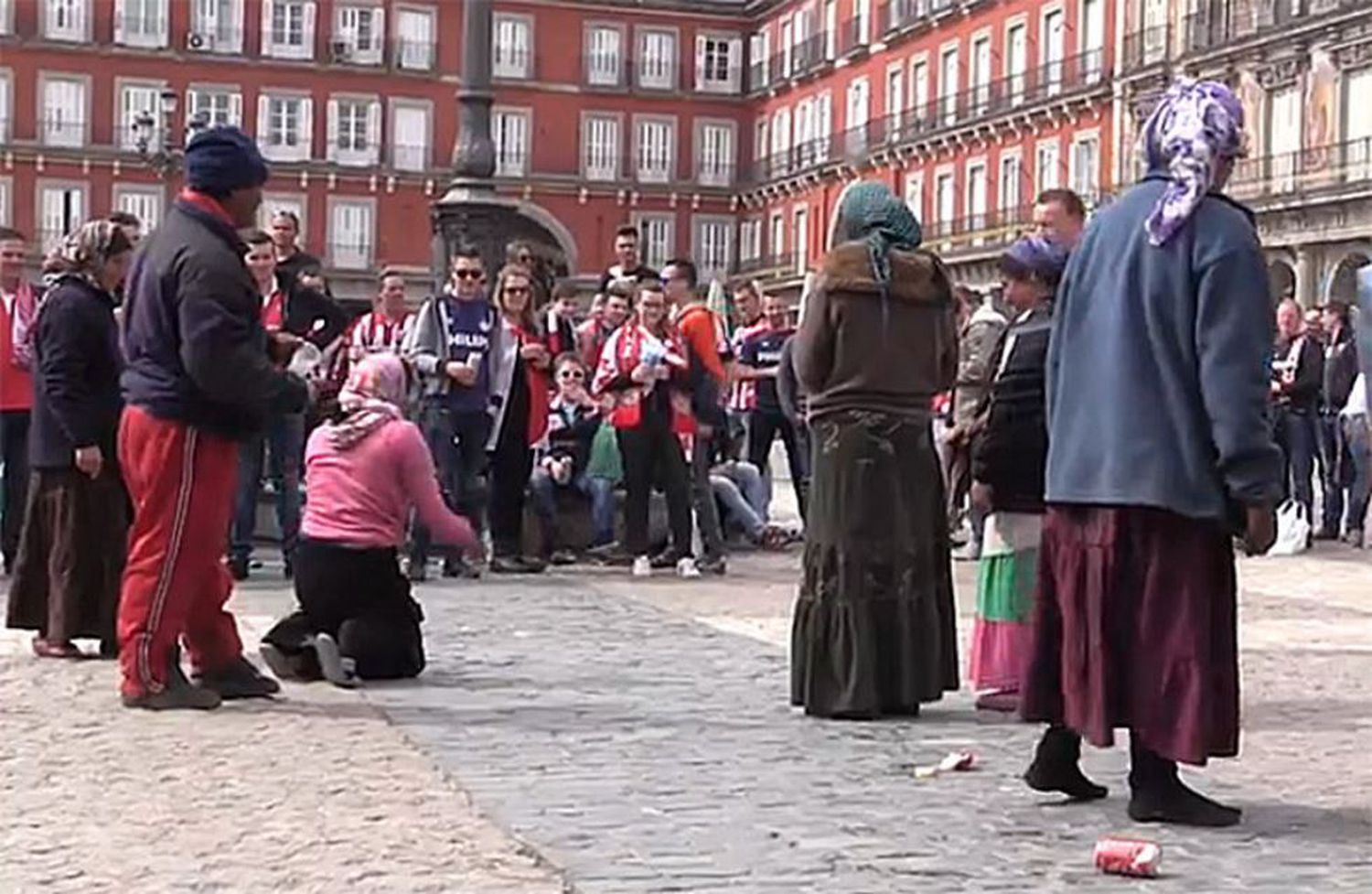 The accused apologized via video link for throwing coins at beggars in Plaza Mayor ahead of a
Champions League match in 2016
Four men charged with hate crimes over an incident that took place in Madrid in 2016 will pay €1,500 in damages to each of the women they humiliated as they partied ahead of a Champions League soccer match in the Spanish capital.
All four were fans of the Dutch club PSV Eindhoven, and had traveled to Madrid to watch their team play against Atlético de Madrid on March 15, 2016. On Wednesday, a Madrid court tried them for humiliating four Roma women who were begging in Plaza Mayor.
A video made by two students at the UAM-EL PAÍS journalism school showed the women picking up coins that had been thrown onto the ground by the Eindhoven fans, and being goaded into doing push-ups in exchange for money.
On Wednesday, the accused accepted a three-month prison term and to pay €1,500 to each of their victims. The public prosecution was asking for a one-year prison term and €600 in damages.

We have 387 visitors watching ROMATIMES.NEWS