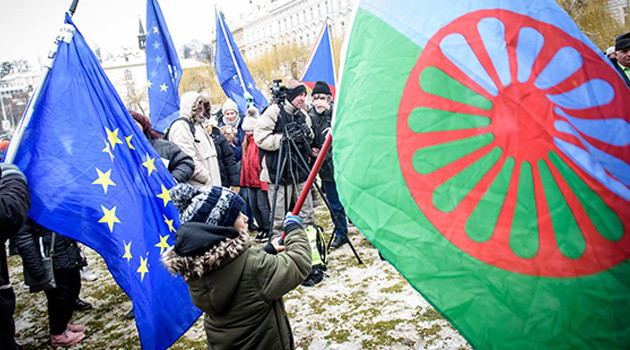 Just four Romani people are running in the Czech Republic for election to the European Parliament (EP). All are running for the Romani Democratic Party (RDS).

In Slovakia there are more than 20 Romani candidates on the lists of six parties. The EP elections will elect 21 MEPs from the Czech Republic, while 14 will be elected from Slovakia.

Compared to the 2014 elections to the EP, the number of Romani candidates in the Czech Republic has declined. In 2014 at least 12 Romani people ran, nine for the now-defunct Equal Opportunities Party (SRP), two for the RDS and one for the Green Party.

None of the candidates running from the Romani community this time are women. The 2014 EP elections featured three female Romani candidates, all for the SRP.
No Roma from the Czech Republic were elected to the EP back then. The RDS got 0.07 % of the vote (1 185 votes) and the SRP got 0.04 % (640 votes).

The leader of this year's four-member RDS candidate list is the chair of the party, Miroslav Tancoš. He also ran in 2014.

The RDS second-place candidate is Štefan Gorol, followed by Miroslav Rusenko and Ladislav Sivák. Each candidate list can have as many as 28 people listed, but the RDS did not take advantage of that opportunity.

It is also interesting that Petr Erin Kováč, a non-Romani candidate who ran in the October 2018 elections to the Czech Senate on behalf of the RDS, is also competing in the EP contest. Kováč is the leading candidate for the JSI PRO? group, an acronym meaning "Are you in favor?", the initials of which stand for "Security, Solidarity, Investment for [the Future]".

We have 135 visitors watching ROMATIMES.NEWS