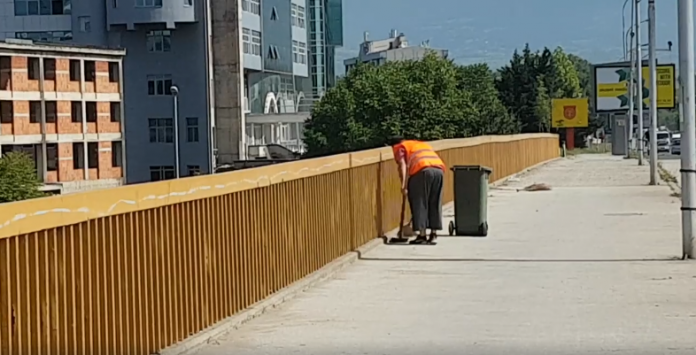 Bravo JP Komunalna, bravo Macedonia, have expelled from the work "the biggest problem in the country" - the garbage cleaner!

A video of a worker of "Komunalna Higiena" as a trash and instead of a waste bin appeared on the social networks in the weekend, he threw it into the river Vardar.

It was expected that there were numerous reactions, how is not the shame of the man, what is the state in which the trash from the street is thrown in Vardar, it was difficult for him to open the waste bin and the like.

After this, "Communal Hygiene" reacted quickly and informed the media that the garbage was rejected. You read well - HOW!

The man may have sinned, but there was no other sanction, admonition, reduced income in the next 3 or 6 months!
Is this proof that the easiest way to hit the back of the weakest carrie - after the worker!
And for you "the great ones" when you're doing big sums - then nothing to anyone! Is this wrecker the only one in the country who acted wrongly and should have been punished in the most cruel way, left without existence? You could not follow the ass, so you hit the samar?

We have 98 visitors watching ROMATIMES.NEWS