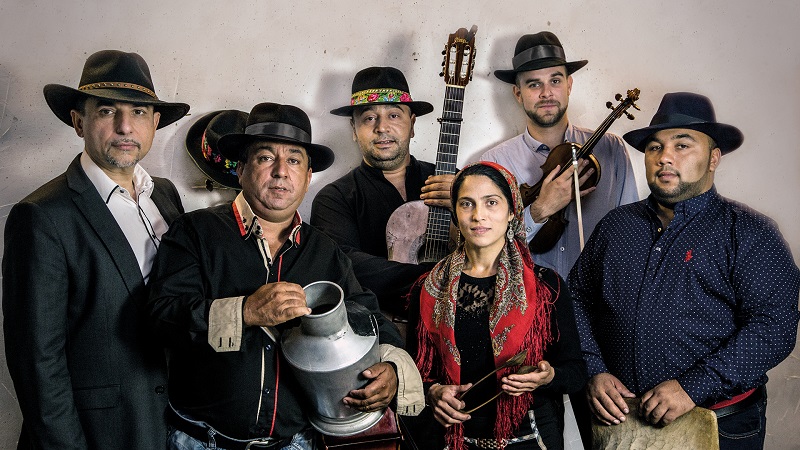 The Romengo Band from Hungary is not at all afraid of experimenting with sound - cans, taps, strings and specific bass-worded bass. Music Charts Europe

"Romengo" is a very famous and popular Roma composition from Hungary. They adhere to tradition and novelty. They were formed in 2004.
The band members are Monika Lakatosh, Mihaili Rostash - Mazsi, Mishi Kovac. Janos Lakatos - Guszti and Tibor Tibi Balog.

The band plays Hungarian Olahe music that features elements of some of the roots of Roma music and elements of modern sound.
They play traditional instruments but also often experiment with sound in another way.
In their musical structure, there are sounds of jazz, flamenco and other forms.

In their work so far they have released two great acclaimed albums "Kétháné" and "Romanije".