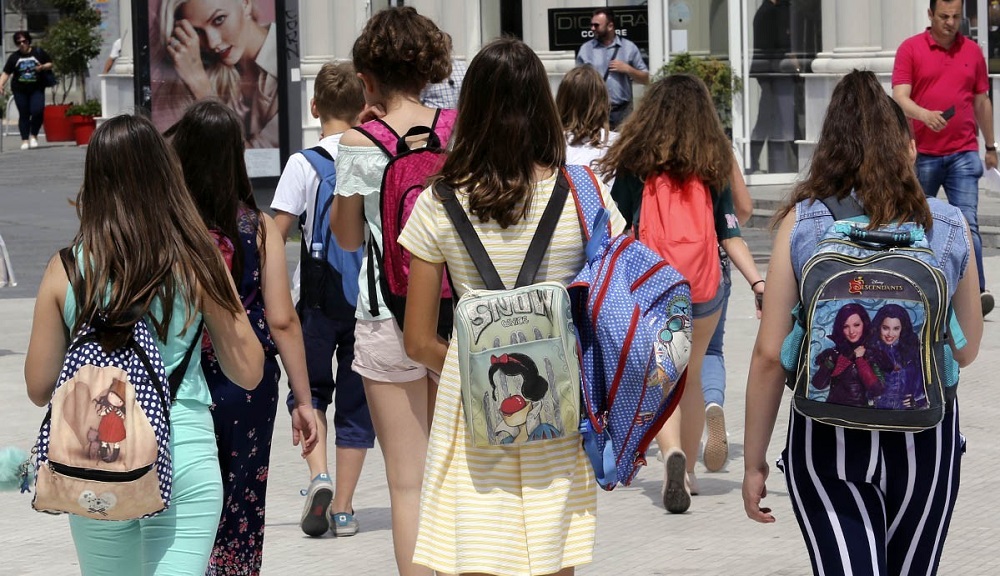 The beginning of the new school year has begun. Children are excited, and some are scared, just like parents, whose role is to carefully prepare them for the new cycle of education.

What is the best thing to say to a child, and what can you not say? There are many dilemmas, opportunities, and one psychologist says what's most effective, so she advises mothers and fathers on the subject.

"First, to address you to strangers. Second, to sit properly and comfortably in a chair. Third, listen carefully, "psychologists say.

"Fourth, to ask the teacher if she does not understand something and to listen to the teacher because she is a substitute for the parents in the school.

So, you need to be told everything you need and important to be able to speak freely to your teacher or teacher. "

Advice is not difficult to apply, and when you look closely you will find it covers everything from child safety to learning.

With these tips the whole school year should be successful. These recommendations may work well in the short term, but psychologists say there is something parents can remember for the future, especially those whose children are first graders.

It is only important that the school does not do too much work and that children are not intimidated by grades or penalties for negative school success.

It is important that learning is not only useful, but also fun, and that the absence of fear and punishment greatly contributes to it. 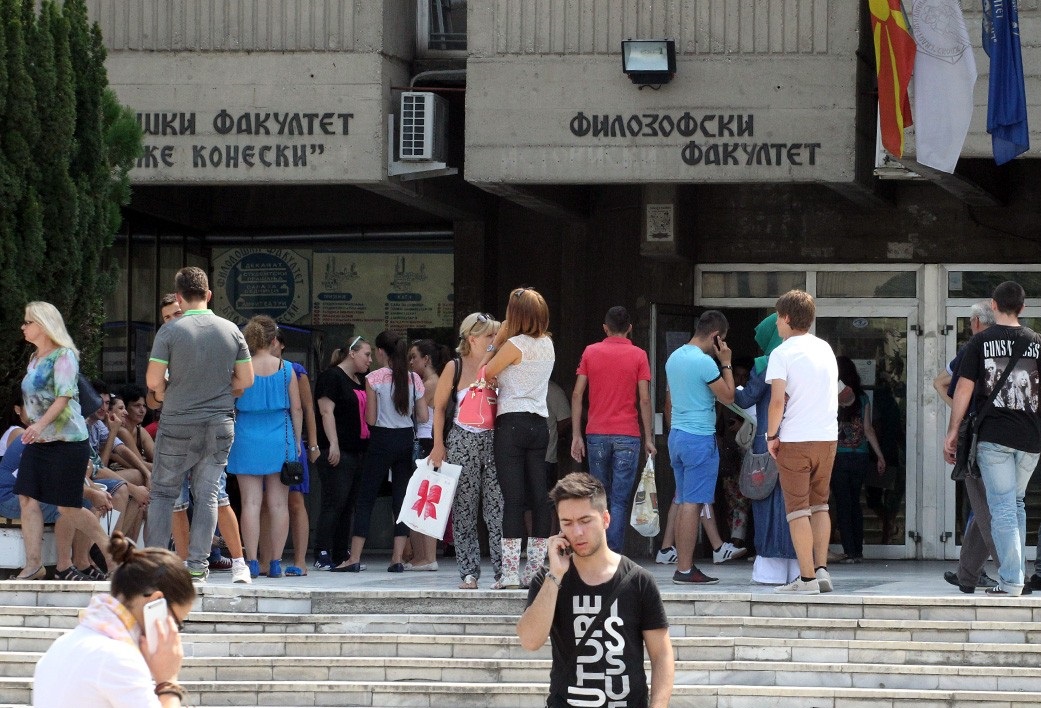 Girls and women from the Roma ethnic community from the state received favorable conditions for education and participation in the labor market. But for now, the figures show the opposite. The number of Roma women with secondary education has increased, but the faculty still seems to be a "taboo" in the Roma community. However, the situation is not so black as it was several decades ago, when in relation to education Roma women were synonymous with illiteracy.

What is the reason why the small number of graduated Roma women in the last few years, when the state awards more than 100 student scholarships in one academic year with the goal of integrating Roma into the society through education.

According to the State Statistical Office data, at the end of the school year 2016/2017, there were 9,328 Roma students in primary schools throughout the country, of which almost half or 4,548 girls. It is striking that when it comes to continuing education. The Roma face the autostomy that they do not need anything more than "eight or nine departments".
Only 1,409 Roma students continued their secondary education in the same school year, of which only 622 girls. In the same school year, 305 Roma received a diploma for secondary education, of which 125 girls.

It is evident that Roma are the most numerous in primary education, and for secondary school they have begun to decide in the last decade motivated by state scholarships, which represent a great financial motive. And when we come to the faculty, he is a "luxury" among the Roma. In addition to this is the fact that in 2017 only 11 young Roma and 19 Roma boys graduated.

According to the SSO, a total of 82 Roma were enrolled in the last school year 2017/2018, and the greatest interest was for the Faculty of Philosophy and Medicine.
According to the Annual Report on Public Sector Employees, published by the Ministry of Information Society and Administration, in 2017, 1,270 were employed in the public sector, or 1,14% were Roma.

For the peaceful and harmonious development of society, it is necessary to respect the ethnic identity and interests of all citizens, and in this direction also the Roma. Every literate and, to a greater extent, an academic citizen of a Roma community is in favor of the society, which in turn should be committed to seizing the capacities of the educated and capable individuals by directing as much as possible a more productive collective. 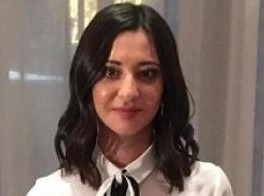 That life depends not only on the circumstances, but also on the strong desire to defy the destiny, the astute example is Alice Shajn (24) from Vrsac. She is one of the two Roma with a university degree in this city, despite the cruel childhood managed to get out of the magic circle where most of the Roma community is located and become a successful woman.

He found salvation in education. She grew up in a custodial family, where her eight-year-old parents lost her parents, and then her brother. For the sake of truth, there was always no complete support, but persistence paid off.

- Relatives where I lived first thought that I should complete only primary education. But I did not think so, and so I asked me to transfer me to a food family. From that family, I had the support and I ended up with an excellent success at the secondary Chemistry and Medical School, and then the High School for Romani and Serbian Language.

In the meantime, he was employed in the city administration as a coordinator for Roma issues. It also directs her mission and example to future generations of Roma. She is also at the Faculty of Business Studies, where she is still on the first year of studies due to her working and maternity duties. It plans to reactivate from September, and to enroll specialist studies.

She is also the winner of the "Woman's Symbol of Commitment" award, which was given by two local journalists there. He wants to write and has published songs in the book "Literary Paths" 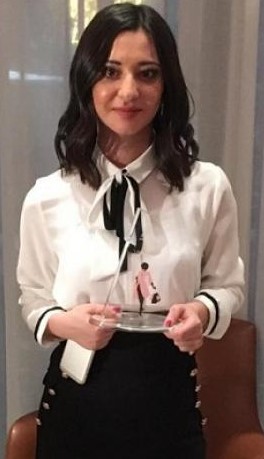 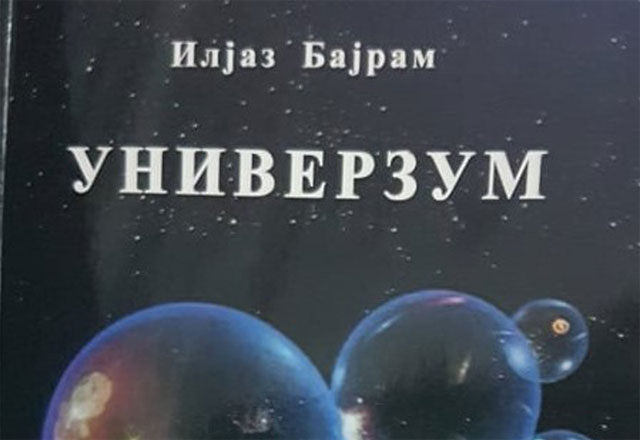 Iliaz Bajram was born in Skopje in 1961. He studied History and Geography. In 1987 he published his first book entitled "Gods are in the Form of Men".

This year he released his second book entitled "Universe" in the field of Astrophysics and Cosmology.

The book has 15 chapters and the author describes the general and special theory of Albert Einstein's relativity as well as the Quantum Mechanics that contributed to the emergence of a new theory known as Super String Theory.

This is proof that there are Roma working in this field as well as the author Bajram himself mentioned that he wants to send a message and motivation to the young generation to work in this field.

We have 203 visitors watching ROMATIMES.NEWS