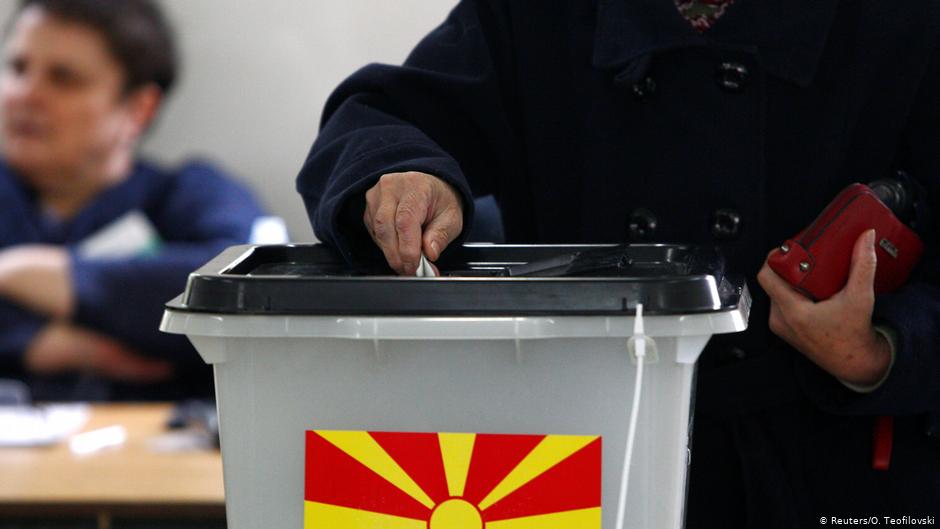 Although there is great interest in staffing the parties to seek the confidence of the citizens, the parties are announcing that data for next week.

The largest party headquarters are holding the latest consultations on selecting the most suitable candidates for MPs in the six constituencies for the April 12th election.

What is interesting about the Roma political scene is the list of Roma candidates that will be found during the elections no matter which political camp they belong to.

According to unofficial headquarters information, not all Roma candidates are in positions to guarantee entry into the future legislature.

Not all of these candidates in their coalition partner have a high position on those lists, but most are in the latter part of the list between the 10th and 20th places on that list.

This indirectly reflects the fact that it will be a huge field job if one of the Roma candidates wants to make it to the seat that will guarantee a parliamentary mandate.

This will require heavy Sisyphus efforts to animate the Roma public and turn out en masse so that it can directly affect the progression of voters. 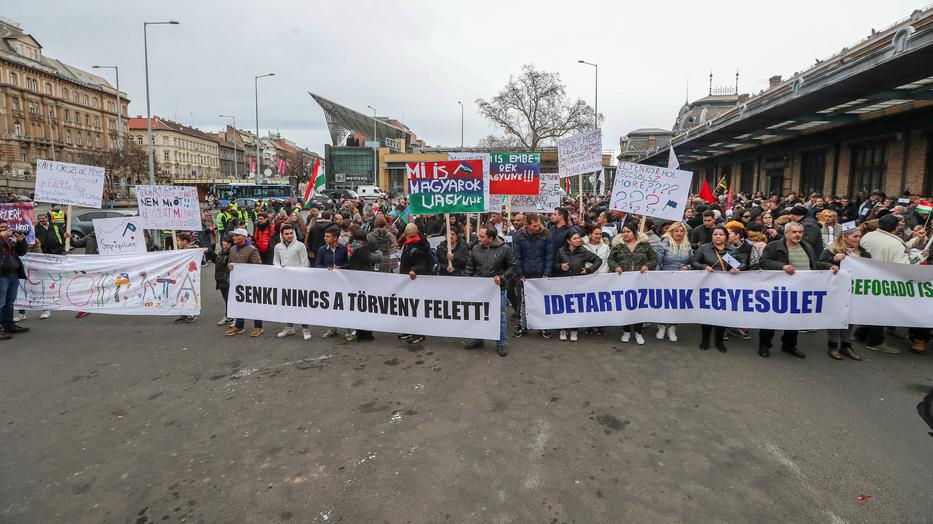 Hungary's nationalist prime minister, who has been criticized by the EU for violating the rule of law, has suggested that the state be "deaf" to a court ruling to pay damages to Roma children in the village of Jongjonshapati, where he provided training instead.

More than 2,000 Hungarians along with Roma families and NGOs protested this weekend against Prime Minister Viktor Orban's anti-Roma campaign, carrying banners "The future is not built on hatred" and "No one is above the law".

Orban noted that "the court ruling on segregation excited the public by prescribing large sums of pay for some Roma".

By Sunday, nearly 500 psychologists had signed on to a petition against a government campaign that motivated hatred of Roma and other citizens.

Otherwise, Roma in Hungary make up 5 to 7% of the total Hungarian population.

A few days ago Gege Demirovski edited a photo on his social network FB that shows that a request for registration of a party under the name of the National Party of Roma NPR has been submitted to the Skopje Civil Court.

This means that the National Party of Roma NPR is in fact a new political entity on the Macedonian political scene. If that enrollment is completed, it is likely that the NRP will take part in the next preliminary elections scheduled for April 12.

According to Gege Demirovski, the NRP is a New Party that will enlighten your future. Will the NPR really be a new promising Roma political factor?

There is also optimism among Roma supporters of the NPR that this party will bring a new positive direction.

Otherwise, according to NPR information, its president is Gege Demirovski, while well known and experienced names are included in the presidency. Among them are Agush Demirovski, Dilsen Alijevski, Ismail Rasim, Sherafedin Sefer.

Soon it is expected that this new political entity will be officialized and the Macedonian public will soon find out. Apart from Skopje where the headquarters will be, they plan to set up their own branches in Veles, Kumanovo, Bitola and Prilep.

Let it only be for positive and positive moments. 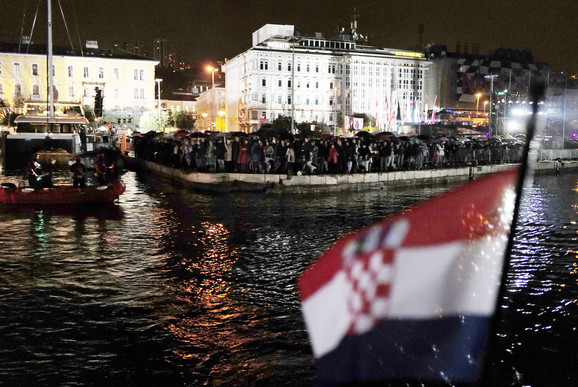 Starting February 1, 2020, it is an honor to be a resident of Rijeka. Not only because this Croatian city has become the European capital of culture, but because of the city's spirit of decadence, a struggle for equality, solidarity and support for diversity as well as anti-fascist determination for decades.

And what else can be expected of a city that is mentally incompatible with the state it belongs to, nor with those in its surroundings. The town where Croats, Serbs, Italians, Albanians, Bosniaks, Czechs, Hungarians, Montenegrins, Slovaks, Roma, Macedonians and Slovenians continue to live together. In peace and harmony under the watchword of the song "Bella Chao"

For these reasons, Croatian politicians who propagated hate speech that was taken out of naphthalene during the 1990s gave the Rijecans a lesson they will never forget, even though they were not present at the time.

In the end what to say all bro Rijecani. You have shown them that they can be otherwise, human and anti-hate, which again threatens to blind us.

We have 521 visitors watching ROMATIMES.NEWS